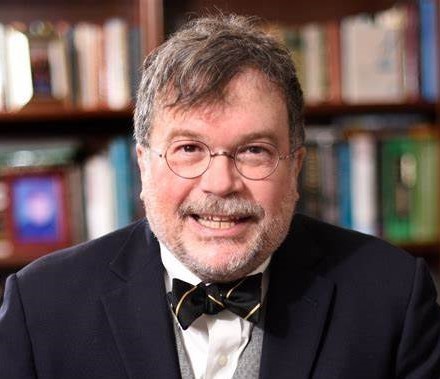 The importance of increased vaccination rates and how they will make an impact locally and nationwide was the topic of conversation with noted medical expert Dr. Peter Hotez during the University of Houston-Downtown’s COVID-19 Health, Safety and Vaccine Forum on April 19.

The virtual event was the second in a three-part series of discussions with some of the leading medical minds in our state hosted by UHD President Loren J. Blanchard.

Hotez is the Dean of the National School of Tropical Medicine and Professor of Pediatrics and Molecular Virology & Microbiology at Baylor College of Medicine and has appeared on major media networks sharing his expertise and analysis during the pandemic. He’s also no stranger to UHD as he has given lectures on campus during his 10 years in Houston.

As UHD begins its process to gradually repopulate campus, President Blanchard asked Hotez how the increased distribution of multiple, highly effective vaccines will help enable society to transition back toward normalcy.

“As we fully vaccinate the American people, we need to double the number of people receiving the vaccines over the next couple months,” Hotez said. “With increasing opportunities for Americans to receive their shot, we have a good chance of reaching the 80 percent rate of persons vaccinated and see significant decreases in cases by June or July.”

Hotez also addressed questions about the vaccine doses how they will ultimately impact the spread of the virus.

“The Moderna and Pfizer vaccines have had a 95 percent success rate and it has helped halt the transmission rate by 90 percent,” the doctor said. “They also work well against the different variants, such as the United Kingdom and California variants.”

Hotez also shared information about the side effects of the vaccine, which could include inflammation, fever, chills or body aches. He suggests being mindful of not scheduling important tasks the day after the vaccine just in case these symptoms occur.

In addition, Hotez noted that people who received both doses of either Moderna or Pfizer vaccine will eventually need to receive a third vaccination sometime later this year or in 2022.

“The third dose will be designed to boost the level of antibodies that will make your level of protection more durable,” he said.

The topic of vaccinations and travel was also addressed. “Those who are fully vaccinated should be fine to travel domestically,” Hotez said. “With the exception of Canada, the United Kingdom and some European countries, the rest of the world may be off limits because of high transmission rates.”

Blanchard said the information shared by Hotez is invaluable to the UHD Community.

You may view entire forum through YouTube and check out the schedule of upcoming speakers in UHD News.