The University of Houston-Downtown celebrated the culmination of its inaugural homecoming week Saturday, as UHD Sports & Fitness hosted the first ever homecoming tailgate, otherwise known as "Tail-Gatoring."

Nineteen Tail-Gatoring teams began arriving as early as 8 a.m. to prepare for the day-long event. Groups consisted of university club sport teams, student organizations, fraternities, sororities, university departments and alumni. Many of the groups participated in a number of cook-off contests throughout the day.

Some of the event's other highlights included a homecoming car smash sponsored by the Student Veterans Organization, in which individuals took a sledgehammer to a junk car decorated with homecoming slogans. The UHD dance and cheer squads performed a routine and pumped up the crowd with team spirit chants. 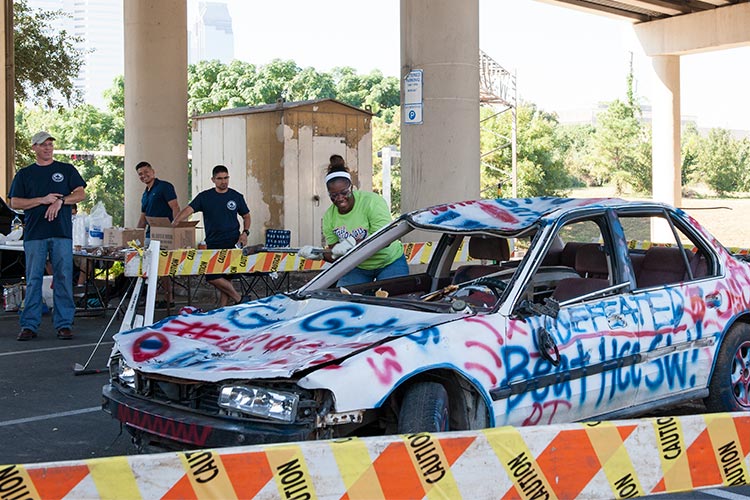 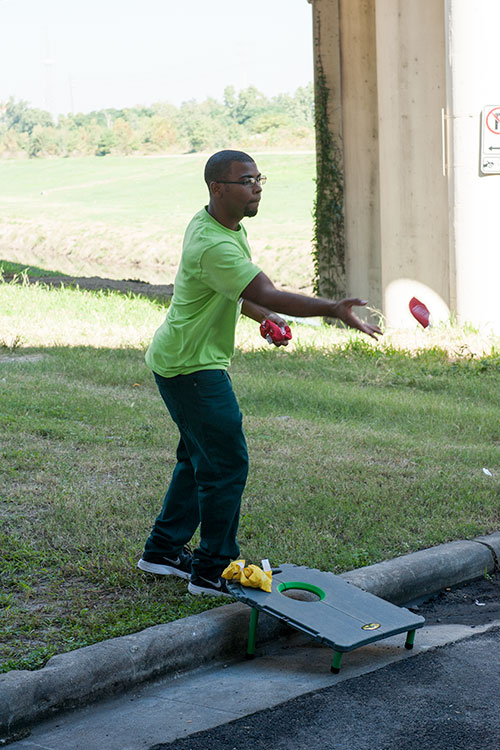 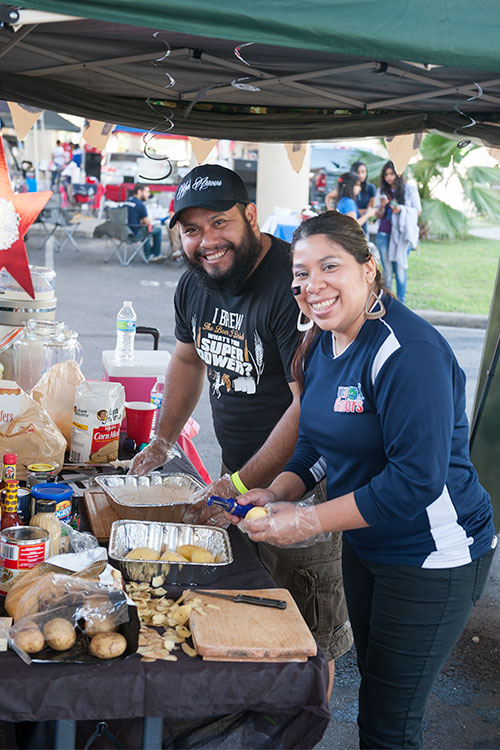 Photos of this and other homecoming week events can be viewed on the University's Facebook page.