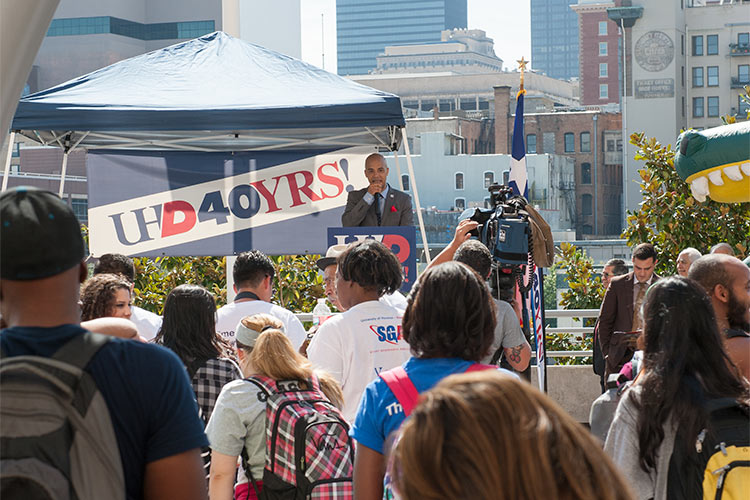 The event kicked off with the singing of the National Anthem by Sara Alabi. Elected officials, including U.S. Representative Sheila Jackson Lee, Senator Rodney Ellis, and Harris County Treasurer Orlando Sanchez were present for the event. Jackson Lee praised the crowd for their participation, saying, "The empowerment I feel here has made me feel 20 feet tall - to be in this place of young leaders taking opportunities to empower themselves, their country, and the world. Thank you for sharing your power with me."

Mayor Annise Parker followed with an inspirational message about the importance of voter participation, particularly in local elections. "Government is simply a method of decision-making. As an extension of that, politics is about who is in the room when the decisions are made. Your vote decides that," the mayor stated. She then presented SGA president John Locke and the Walk 2 Vote committee with certificates of thanks for their efforts.

The rally closed with hip-hop artists Rocko Stedy and Bun B, who performed and spoke to the crowd about the power and importance of the vote. Bun B and Mayor Parker then led the audience down Main Street to the voting polls where they would cast their ballots. 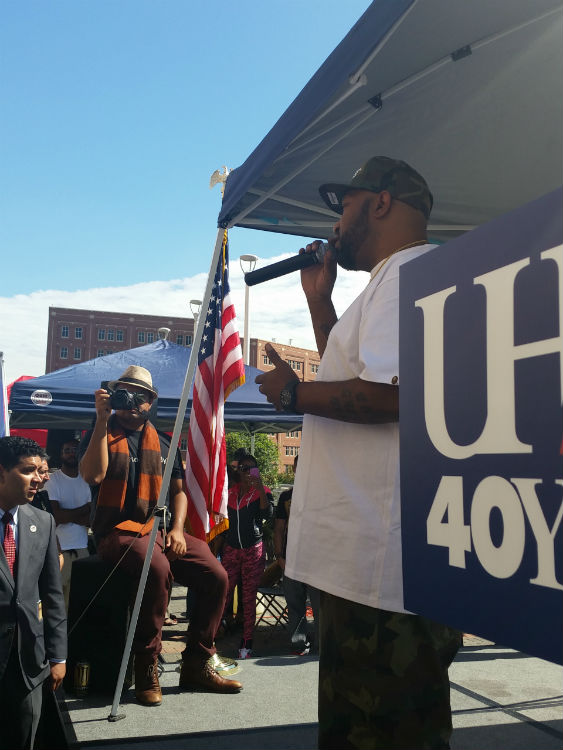