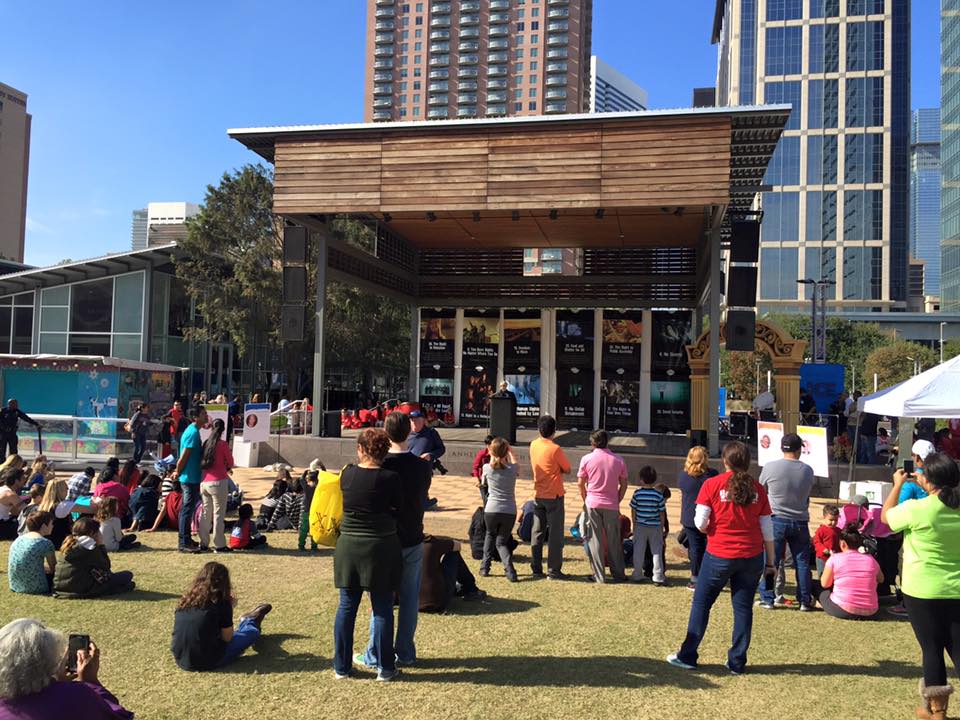 On Saturday, Dec. 5, UHD President Dr. Bill Flores attended the celebration event marking the 67th anniversary of the Declaration of Human Rights. Hundreds were in attendance for the grand celebration, which was held at Discovery Green Park.

Welcoming remarks were delivered by Mayor Annise Parker, followed by a dynamic, and powerful speech by President Flores — someone who has spent the majority of his life advocating for the rights of others.

As an undergraduate youth, President Flores spent his days marching with Chavez to support the rights of migrant farm workers. He also advocated for the rights of female Hispanic workers at the canneries in California, and has worked through the Catholic Charities in California to advocate for affordable health care through a public-private partnership. Furthermore, President Flores worked on education reform for Indian tribes, and most recently worked on public policy and social reform advocating for the rights of the Dreamers — a demographic profile of eligible immigrants under President Obama's new policy.

In his speech, President Flores said "it is important to stand with our friends when their human rights are threatened, but with all members of the global community."

President Flores closed his speech by citing the Dali Lama.

"Often those who are in most need of human rights cannot raise their voices for fear of persecution, and so it falls to us to raise our voices to defend their rights."

The University also had a table manned by student groups. Participants included students from the NAACP (National Association for the Advancement of Colored People) and the BSA (Black Students Association).

The students gave out handouts as an attempt to address the increasing level of gun violence experienced by Americans in various forms such as domestic violence, police brutality and mass shootings.

Vida Robertson, Ph.D., director of the Center for Critical Race Studies said — "the goal of the handouts was to provide facts about the tragic level of gun violence in our society, and encourage people of all ages and backgrounds to start an open dialogue about the fatal consequences of having a disproportionate presence of guns in Texas and the United States."

International Human Rights Day is celebrated every year on Dec. 10. It honors the day in 1948 when the United States General Assembly adopted the Universal Declaration of Human Rights at Palais de Challoit, Paris after experiencing WWII.

The event was held in conjunction with City of Houston Citizenship Month 2015.