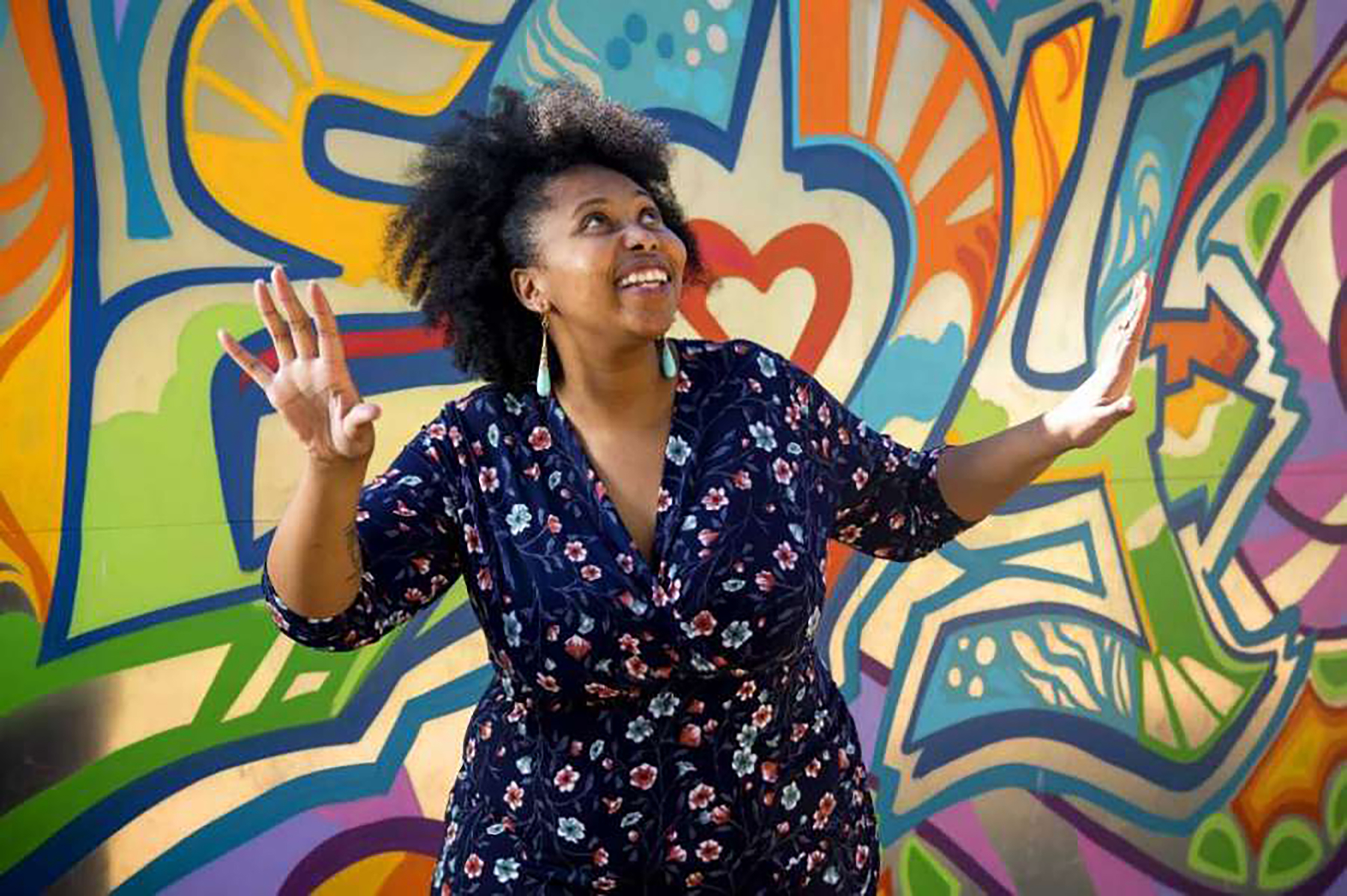 This past spring, Mouton—also known as D.E.E.P. (Destined to Excel in Everything Promised)—was named the city's Poet Laureate by Houston Mayor Sylvester Turner. Mouton teaches English at Cristo Rey Jesuit College Preparatory School and previously offered creative guidance to students as part of the city's Writers in the School Program. She was named among the top female poets in the world at the Women of World Poetry Slam and released a full-length album of spoken word works, "The Unfinished Work of a Genius."

"Deborah Mouton has the expertise and passion for poetry that will be invaluable in working with arts groups of all disciplines to take poetry to all of Houston's neighborhoods," Turner said upon naming her as the city's Poet Laureate.

Mouton succeeds the city's previous Poet Laureate, UHD Professor of Creative Writing Robin Davidson. Davidson was among those who helped select Mouton for this two-year appointment to promote poetry appreciation in Houston.

Payne also has made an impact on the city's poetry scene. While studying computer science at Prairie View A&M University, Payne discovered his voice as a poet and began performing as a member of the institution's collegiate slam team. Alongside Mouton, he has mentored the youth slam team, Meta-Four.

Visitors attending this event can park in the UHD Girard Street Visitor's Garage (201 Girard St.) and take the elevator to the third floor to enter the Welcome Center.

Mouton and Payne follow in the footsteps of several leading poets and authors who have shared works with audiences at UHD. This spring, the University hosted events featuring U.S. Poet Laureate Juan Felipe Herrera and Pushcart Prize recipient and novelist Daniel Peña, UHD assistant professor of English. Other noted writers who have visited UHD include three-time U.S. Poet Laureate Robert Pinsky and Jimmy Santiago Baca, who served as the 2015 Center for Critical Race Studies Scholar-in-Residence.

UHD's Cultural Enrichment Center, which, coordinates readings, performances, lectures, concerts and exhibitions from esteemed artists and authors, celebrates the cultural diversity of the University and community through programs and events.