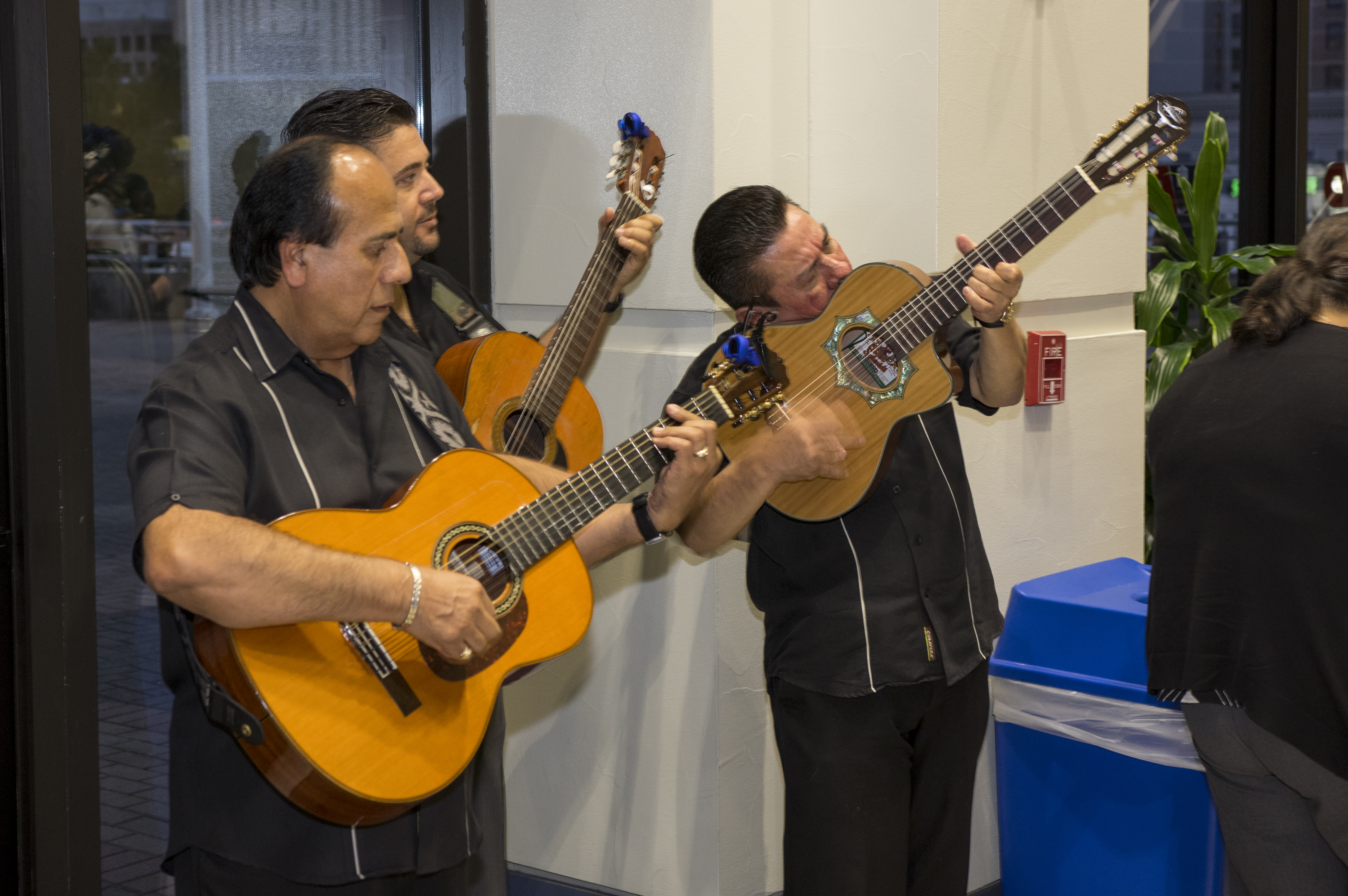 Hundreds of members of the Houston community gathered on Monday, Nov. 16 for the annual Rails to Restaurants event in which attendees rode the light rail along Main Street while enjoying Houston's vibrant nightlife scene and good eats from diverse restaurants.

With support from the Greater Northside Management District, the event kicked off on UHD's south deck giving Houstonians just a taste of what's in store for the evening with appetizers, drinks, desserts and live mariachi music.

Gordon Quan, chairman of the board of Houston Greeters and an immigration attorney, kicked off the festivities by addressing the crowd.

"A lot of people don't realize the revitalization of downtown Houston and the light rail system," Quan said. "In the future, we need to be looking at mass transit as a viable means of transportation. And so we do this annually as a way to entice people to come downtown, ride the train, have a good time and see the nightlife that Houston offers."

"Citizenship Month unites all of Houston to build a stronger community," Flores said. "It also helps us give back as members and citizens, not only for America but for this great city. Tonight, we have the opportunity to ride the rail and support local vendors. As we build and support this community, we make sure tourists rave about downtown Houston and the great citizens of Houston."

After the kick-off party, guests hopped on the METRO rail to attend a block party at the BBVA Dynamo Stadium sponsored by the East End Managemnt District featuring a Fit MIX Zumba class, bites from Ninfa's and El Tiempo's, and drinks from Eight Wonder Brew.

Rails to Restaurants is sponsored by Houston Greeters and METRO and celebrates the city of Houston's Citizenship Month 2015. Houston Greeters is a volunteer-based, nonprofit organization that showcases Houston's cultural diversity by offering free tours of the city.