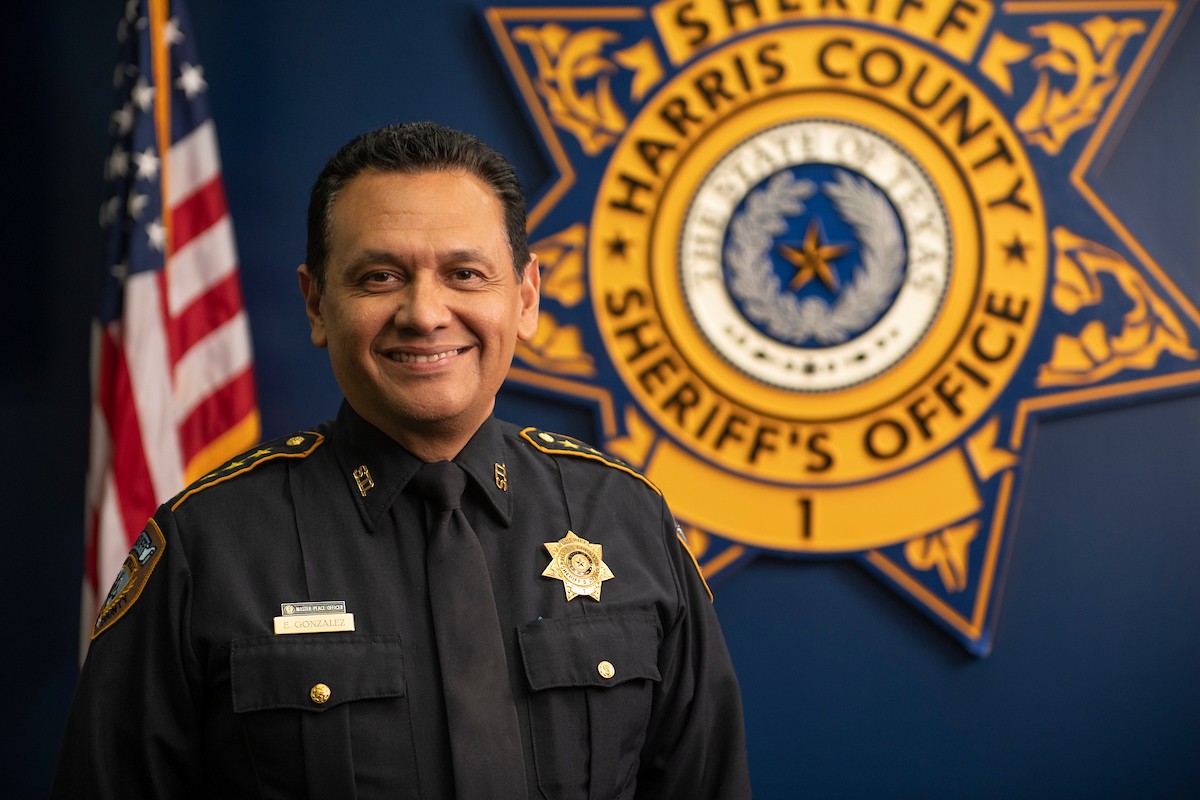 Public service is more than a career for Harris County Sheriff Ed Gonzalez. Helping his community is a way of life for the University of Houston-Downtown (UHD) alumnus.

Just as his father inspired Gonzalez to be successful and earn a college education, he also provided the motivation to lend a helping hand to others—or serve as a “navigator” to those needing guidance.

“When I was a young boy, I discovered that my father was unable to read or write,” he said. “That was a moment that forever changed my life. I realized his struggles ranged from reading a menu to filling out job applications. I also recognized that he and many others need a navigator to guide them through events that may seem simple to some … but are quite challenging to others.”

Gonzalez not only wanted to be a navigator for his father, but others as well. Likewise, he recognized the need for education.

“While my father didn’t have the capacity to read or write, he instilled within me the desire to get the best education possible,” he said. “And, I received just that at UHD.”

“I didn’t know what to expect when I stepped foot on campus,” he said. “I remembered arriving to the third floor of the One Main Building, and everything was right there. The cashier, the registrar, admissions, and bookstore. Although I was new to the University, the institution and its staff were very welcoming.”

For Gonzalez, the rest is history.

“I wasn’t sure what direction to take, but I knew I wanted to help people,” he said. “The ‘a-ha’ moment came when I met a Houston Police Department (HPD) officer who was taking classes. He asked me if I ever considered joining the police force.”

Upon further discussion, Gonzalez realized that law enforcement was the perfect platform for becoming a navigator for others. He would ultimately earn his bachelor’s degree in Criminal Justice from UHD’s College of Public Service and credits the curriculum with providing him with the foundations of law enforcement and policing.

After graduating from UHD, Gonzalez served HPD for nearly two decades—first as a civilian staff member, then becoming an officer (achieving the rank of sergeant). Among his roles with HPD were serving on the hostage negotiation team and as an investigator with the Homicide Division.

Gonzalez (who also holds a master’s degree from the University of Saint Thomas) ultimately retired from HPD and sought to expand his service to the city as a member of Houston City Council. He was elected to represent District H, which includes his native Near Northside. During his six years as a council member, he chaired the Public Safety & Homeland Security Committee and served as Vice Mayor Pro-Tem and Mayor Pro-Tem under Mayor Annise Parker.

In 2016, he ran for the position of Harris County Sheriff and returned to his alma mater for a candidates’ debate. In November of that year, he was elected as sheriff.

Since being sworn in, Gonzalez has served Harris County through many challenging moments, including Hurricane Harvey. He also continues to serve as an advocate—and a navigator—for those needing a helping hand.

“Every day, we’re blessed to 86,400 seconds in a day,” he said. “I try to maximize that time and use every second I can to serve others.”