Hail To The New Chief!

Dr. Casey Davis Sworn In As UHD Chief of Police

Casey Davis, Ph.D., has been called husband, father, veteran, teacher, deacon, mentor, UHD alumnus, and officer, but never “unicorn” – until the day he was sworn in as Chief for the University of Houston-Downtown Police Department (UHDPD).

At the recent swearing-in ceremony, UHD President Loren J. Blanchard remarked, “Casey Davis is a rare breed. In fact, he’s what you might call a unicorn.” 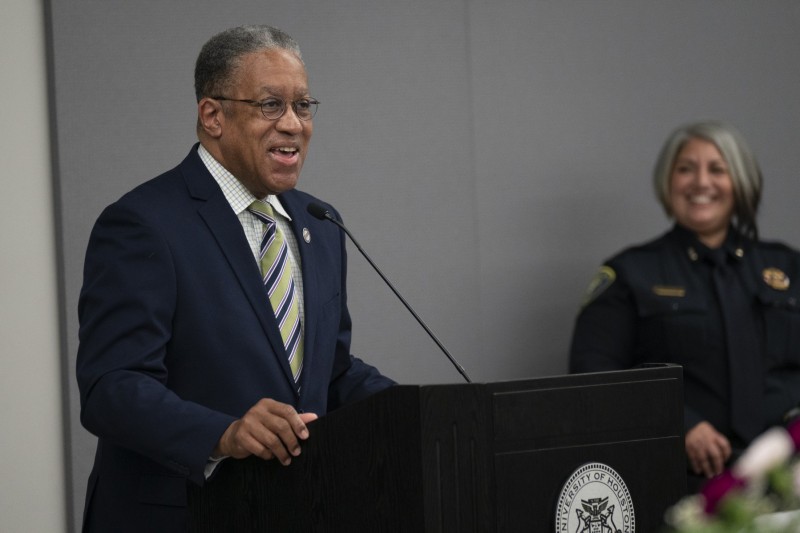 The formal ceremony, which was led by UHD Police Lieutenant Vanessa Garza, began with a welcome message from UHD Vice President of Administration and Finance Kim Thomas. The Presentation of Colors was conducted by the Honor Guard from UHD’s sister Police Department at the University of Houston. UHDPD Chaplain Stephen Vega sang the National Anthem and performed the invocation for the standing-room-only crowd.

Blanchard spoke about Davis’ service and commitment to the UHD Community. “I’ve been here 15 months. Every day I have come to this campus, there has not been one moment that I have not known that I am safe, that this entire Community is safe. I would not want to be anywhere else – it is my great honor to have Dr. Casey Davis as our next official Chief of Police of the University of Houston-Downtown.”

Blanchard’s remarks were followed by a message from Davis’ former colleague, Letourneau Christian University Police Department Chief Michael Schultz. UH Associate Vice Chancellor for Police Operations and Chief of Police for the University of Houston Ceasar Moore Jr. then took the stage to administer the Oath of Office, and Davis’ wife, Dr. Kewana Davis, pinned on his new badge.

Moore commented on Davis’ compassionate approach to law enforcement, “As Chiefs, we sometimes take licks – no one 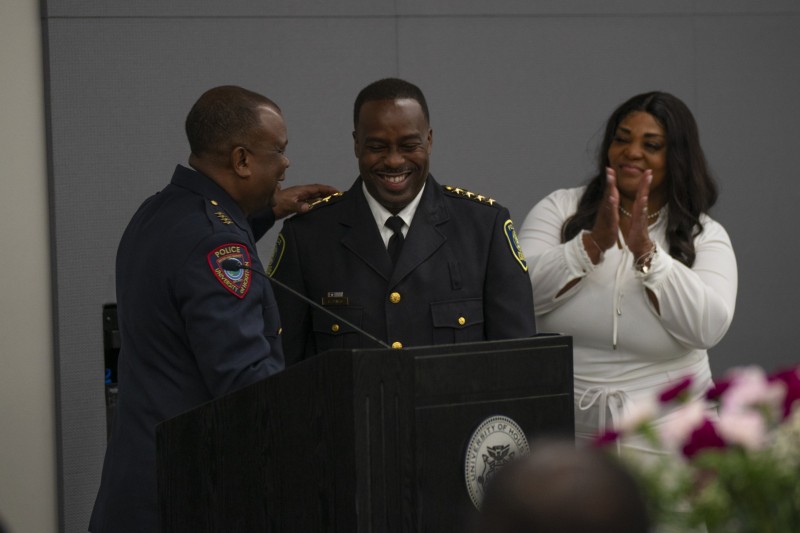 tells you that when you take the job – but we take those licks and then we make the kind, correct decision for the betterment of the organization. I want you to know you have a Chief who is going to do that. He’s very kind, very thoughtful, and I’m honored to be here.”

Davis thanked Blanchard “for listening to the vision I had for the Police Department and entrusting me to lead. The department has moved forward because of you and your belief in my ability to accomplish the departmental goals I’ve set.” 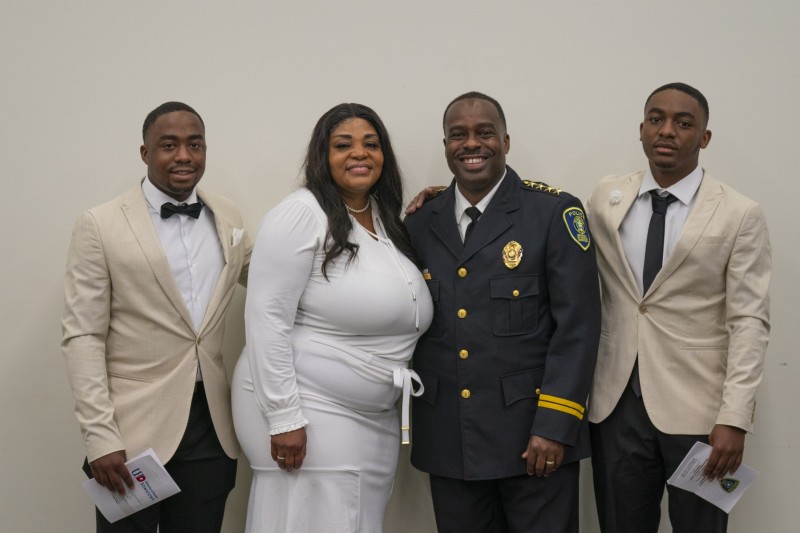 He went on to thank his wife, family, and supporters, “There’s a quote by Roy T. Bennett: ‘Always remember the people who have helped you along the way, and don’t forget to lift someone up.’ Countless people helped me along the way. Some are here today. Some don’t even realize they were my motivation to keep learning, growing, and pushing forward.”

Davis provided examples of the support of his mentors and friends through the years, thanked his current team for their dedication and support, and closed with a message to the University Community: “As your Chief, I will continue to strive to make our campus safer. We will invest in the community through community service, relevant dialogue, and partnerships that improve police and citizen relations. I am committed to service. I am committed to safety. I am committed to UHD.”

Lt. Garza offered a message from the department to their new Chief. “We would like you to know that we 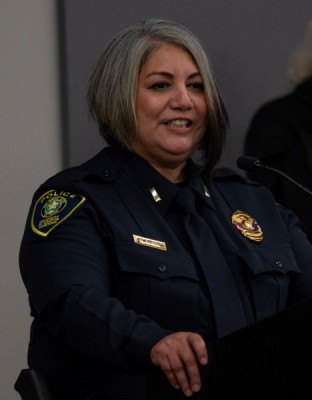 welcome your continued leadership, we support both the mission of the University and the Police Department, we are committed to the badge, and most of all, we are here to assist you in lifting the weight.”

Vega closed the ceremony with a benediction.

Davis joined UHD in 2018 and was promoted to Assistant Chief in 2019. He was named Interim Chief in September 2021 before becoming the Chief of Police in 2022. His qualifications include 17 years in law enforcement at institutions of higher education and local school districts, and as a deputy constable in Harris County. Davis is a Certified Master Peace Officer, a Certified Texas Commission on Law Enforcement Instructor, and a Certified Anger Resolution Therapist. He also is member of the Texas Municipal Police Association, the Texas Crime Prevention Association, and the FBI Law Enforcement Executive Development Association (LEEDA) - Texas Chapter.

In addition to earning his doctorate in Administration of Justice from Texas Southern University School of Public Affairs, the Gator alum earned his undergraduate degree in English from UHD and a master’s degree in Education Administration & Supervision from UH-Victoria. He is also a graduate of Sam Houston State University’s Law Enforcement Institute of Texas Leadership Command College.

The University of Houston-Downtown (UHD) is the second-largest university in Houston and has served the educational needs of the nation’s fourth-largest city since 1974.

UHD has the most affordable tuition among four-year universities in Houston and one of the lowest in Texas. U.S. News ranked the University among Top Performers on Social Mobility and awarded UHD a No. 1 ranking as the most diverse institution of higher education in the southern region of the U.S. The University is noted nationally as a Hispanic-Serving Institution, Minority-Serving Institution, and Military Friendly School. For more on the University of Houston-Downtown, visit www.uhd.edu.

Hail To The New Chief!