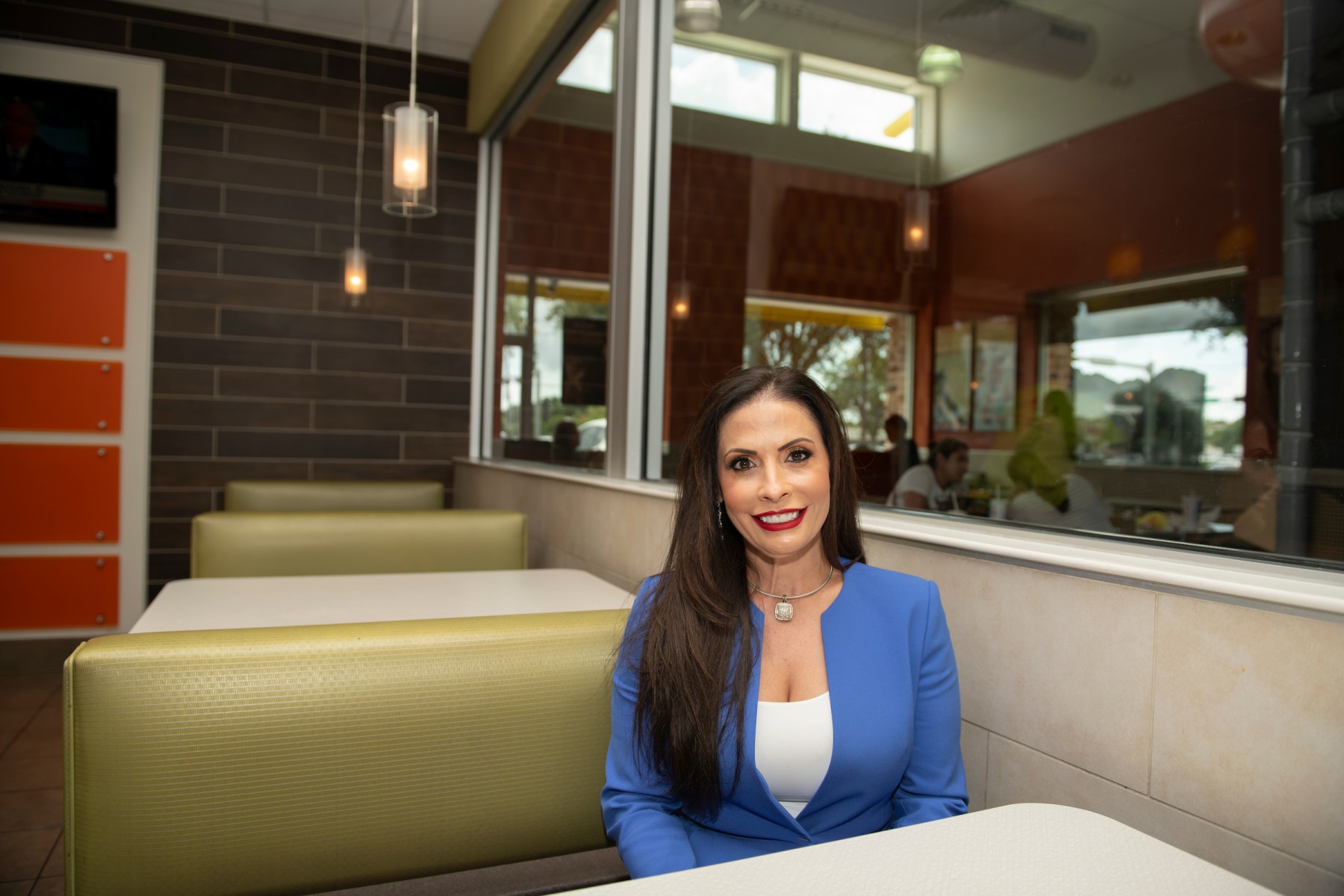 If you walk into McDonald’s at the corner of Fairmont Parkway and Preston Road in Pasadena, don’t be surprised when the friendly face of the franchise owner greets you at the counter.

For Quijano, who earned her bachelor’s degree in accounting from UHD in 1995, the “golden arches” have provided her with “golden opportunities,” as she has literally learned the business from the ground up.

“I first started working in the restaurant helping my parents when I was in middle school,” she said. “Over time, I have worked in every position of the organization, from sweeping floors, taking orders in the drive-through to managing the restaurant. I love getting out of our office and visiting our restaurants, working side by side with store teams and helping any way I can.”

Quijano said her parents instilled the appreciation of hard work and dedication into her and says they are living examples of those values, describing how they are the true example of the “American Dream.” They fled Fidel Castro’s Cuba in 1962 for a better life in the United States.

Quijano’s parents, Dominic and Nelly, dated as teenagers in Cuba. After fleeing from Cuba and coming to the U.S. separately, Dominic learned that Nelly was coming to the U.S. and he met her at the airport when she arrived. They began dating again and about two years later married. After years of being in various types of employment and operating businesses, they secured a loan to open a textile factory in New York. Business was booming in the late 1970s and early 80s.

Life was good. Then tragedy struck.

In 1983, the textile factory was destroyed by fire. The family had a decision to make. Were they going to attempt to rebuild or pursue a different venture? At the encouragement of a family friend in California, Nelly and Dominic took advantage of an opportunity to start their own McDonald’s franchise, which is what led them to Houston in 1984.

Her parents saw their daughter’s interest in the business at a very young age and observed her leadership skills; however, the pursuit of a college education was non-negotiable.

“I love and respect my parents very much,” Quijano said. “McDonald’s is a great company. I always knew it’s the career I wanted to pursue, but my parents made it clear that I was going to college. They stressed that you never know what the future can hold and what can happen in life, but when you have a college education, no one can ever take that away from you.”

After two years at another institution, Quijano transferred to UHD. Immediately, the 1990 honors graduate from Pasadena’s Sam Rayburn High School felt right at home with the smaller classroom sizes.

“The relationships with my professors is something that was important to me,” she said. “At UHD, you weren’t just one of the students in a crowd. The professors were always there to answer questions and also available after classes. What and how you learned was very important to them.”

Quijano said the business courses were challenging, but definitely prepared her for her future. She credits marketing professor Dr. Charles Strain, Jr. and management professor Dr. Margaret Shipley for her success.

“They were amazing professors. They were tough, but also very fair,” she emphasized. “They pushed you, but it was because they knew you could be the best at whatever you wanted to pursue.”

Quijano is a dedicated advocate for education as a current member and past president of the Pasadena Independent School District Board of Trustees. She’s involved in many community programs and is a recipient of the Pasadena Chamber of Commerce Citizen of the Year and Business of the Year awards. In 2015, she received the Sam Rayburn High School’s Distinguished Alumni award.

And now, as the top administrative leader of her franchise of McDonald’s restaurants, she encourages all of her employees to pursue their college education. To that end, any of Quijano’s employees who want to attend college are able to participate in McDonald’s “Archways to Opportunity” tuition reimbursement plan.

“I tell them like my parents told me… you never know what the future might hold,” Quijano said. “A college degree opens doors, makes you marketable and teaches you how to persevere in any situation. I want them to know that education is the key to their future and that they can also make their dreams become a reality.”