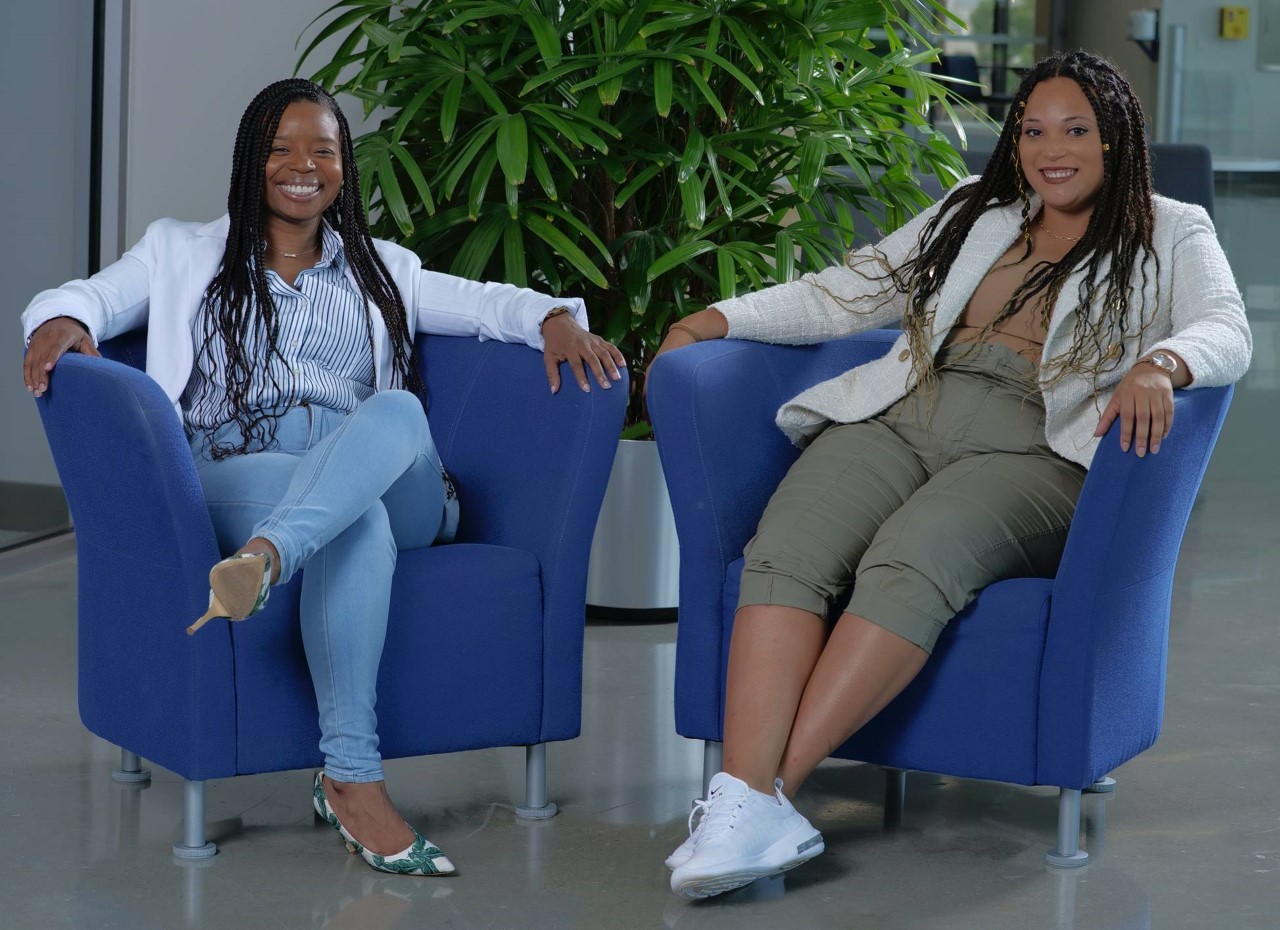 Student leaders at the University of Houston-Downtown have long mirrored the diverse populations they represent. In recent years, UHD’s Student Government Association (SGA) has certainly reflected the institution’s status as a Hispanic-Serving Institution and Minority-Serving Institution.

The current slate of officers, however, marks a new era for student leadership as each one of them is a female of color.

Officers for the 2021-22 academic year, including SGA President Shamika Jefferson and Vice President Michelle Duvall, recently were inaugurated during a special luncheon ceremony followed by a meeting with UHD President Loren J. Blanchard.

"Their passion, professionalism and progressive ideas for our University are most impressive as is the fact that each of these student leaders is a woman of color—a strong demonstration of the progress and promise afforded by both UHD and our country to provide opportunity for all,” Blanchard said.

“All of these officers bring different perspectives to the Student Government Association,” Jefferson said. “I can learn something from all of them. They each have their own story, bring their experiences to the table and effectively represent our student body.”

“It’s very powerful,” Duvall added. “UHD has a very diverse student body. Having a Student Government Association to reflect that is amazing. At the end of the day, however, we’re here for ALL students no matter what color you are or where you come from.”

President Jefferson and Vice President Duvall didn't know one another prior to running as a ticket. They discovered a kinship and a passion for supporting their fellow students, which motivated them to seek office together.

Now, Jefferson, a Master of Business Administration Student, and Duvall, who is pursuing a Bachelor of Arts in Communication Studies, are applying their energies to supporting their fellow Gators in a number of areas.

According to Jefferson, she and Duvall will focus on enhancing community relations, civic engagement, financial literacy for students (particularly for those who are parents), campus safety and ensuring students receive prompt answers and resolutions to questions or issues. Duvall adds that SGA also will focus on public deliberation and making students aware of the many resources available to them on campus.

Although they may have been strangers to each other before running for SGA, Jefferson and Duvall shared similar journeys en route to UHD. Both are parents and they each arrived at the University by sheer chance.

Jefferson saw an advertisement for UHD while working downtown, and Duvall originally was set to attend another university until she discovered UHD.

“UHD found me,” Duvall said. “I didn’t intend to come here, but once I started, I loved it … the students … the small class sizes. You can really communicate with the faculty, and there are so many resources here for students.”

Those resources, she said, are essential to student success. Among her goals as Vice President is to bridge the gaps between students and the many free services on campus, such as UHD’s career centers (Main Career Center and Marilyn Davies College of Business Career Center). She wants to not only empower students to take advantage of these resources but ensure all students are made aware of them.

In addition to their roles with SGA, Jefferson and Duvall’s leadership abilities are spread throughout campus. Jefferson is a dedicated member of the National Association of Black Accountants, and Duvall serves as Station Manager for UHD iRadio.

This fall, their shared enthusiasm for the University will be on full display as SGA will lead a variety of workshops (including events addressing financial literacy and public deliberation), as well as the annual Walk2Vote and Meet the Candidates events.

More than that, Jefferson and Duvall promise to be visible leaders in the community addressing student concerns and working to make UHD an even stronger university.

“I’m passionate about helping others,” Jefferson said. “I want to make sure our students receive the support they need and deserve … and with Michelle and the rest of SGA, I believe we can make a difference for UHD.”