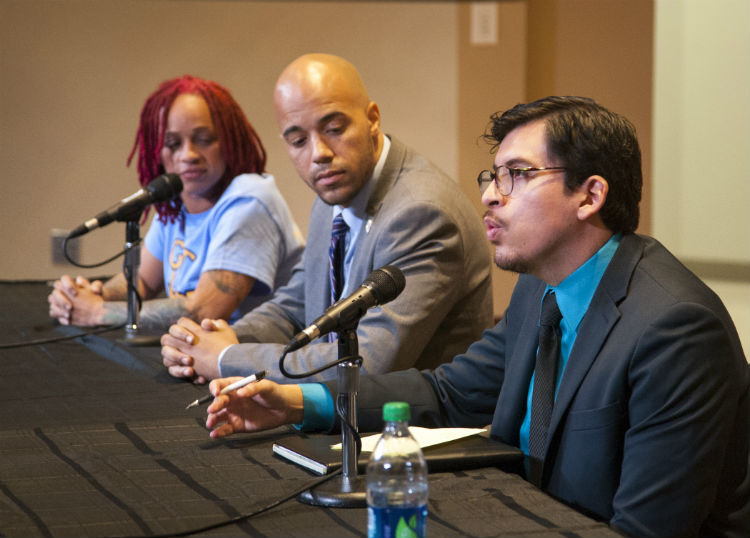 About 1.1 million Houston residents and nearly half of all young Texans who qualify to participate in the Healthcare Marketplace remain uninsured. The University of Houston-Downtown (UHD), the U.S. Department of Health and Human Services and the Houston NAACP have collaborated in an effort to decrease these numbers during the upcoming open enrollment period.

The Get HYPE (Healthy Young People Everywhere) campaign launched Wednesday with a campus block party, press conference and town hall meeting. The campaign promotes healthy living and engagement in health advocacy for young people between the ages of 18 and 35.

"We have to take a seat at the table where these discussions happen, and stop waiting to be invited."

The press conference began Wednesday with opening remarks by Jennifer White, NAACP Manager of Health Programs & Partnerships, who introduced UHD President Bill Flores. Flores, who has a background in healthcare policy, recounted stories he witnessed of avoidable illnesses and hospitalizations experienced by people who were uninsured, denoting the importance of accessible healthcare for all citizens. 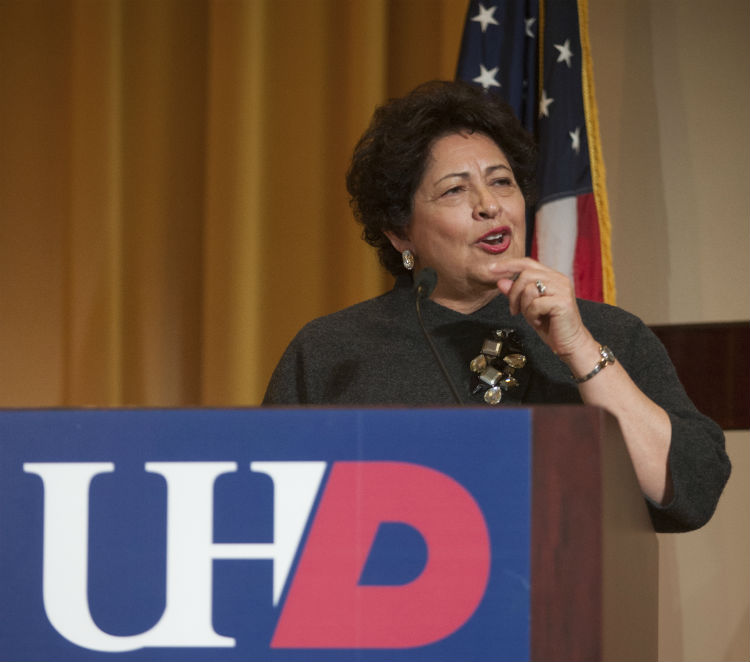 Director of the U.S. Office of Personnel Management, Katherine Archuleta, shared the personal impact of the ACA on her family. Archuleta's daughter, Graciela, was diagnosed with ovarian cancer at the age of 19, and just celebrated her 26th birthday. "Thanks to Obama and the Affordable Care Act, my daughter will not be subject to lifetime limits or be refused coverage due to pre-existing conditions," she said. She encouraged all young people to enroll in the program, explore their options, and take advantage of free and low-cost preventive care.

UHD sociology student Dkara Williams shared a familiar story with her peers. Her enrollment in the healthcare marketplace helped her to avoid debilitating hospital bills after a costly hospitalization that nearly took her ability to walk. "If I didn't have the coverage, I would not have had the money to return to school. I will be graduating in December because I made the decision to take a stab in the dark and take part in the new program," said Williams.

UHD alumnus Jose Eduardo Sanchez, regional director of the nonprofit Young Invincibles, said unexpected illnesses and accidents happen every day, and affordable insurance along with premium support can be the difference between insurmountable debt and a diploma. "It is important to recognize that we are not, in fact, invincible. Anything can happen, but we can be prepared."

1.1 million Houston residents who qualify to participate in the Healthcare Marketplace are uninsured.

Regarding all of these, Sanchez told students political activism is the most viable solution. "We have to take a seat at the table where these discussions happen, and stop waiting to be invited."

Enrollment in the Healthcare Marketplace is open Nov. 15 through Feb. 15. Learn more at Healthcare.gov or visit one of more than 100 counseling locations in Houston. 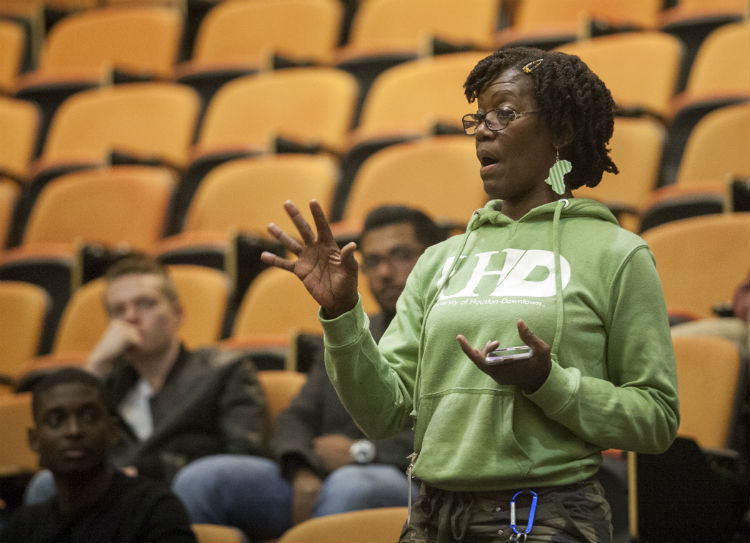