Gators Take Austin During UHD Day at the Capitol 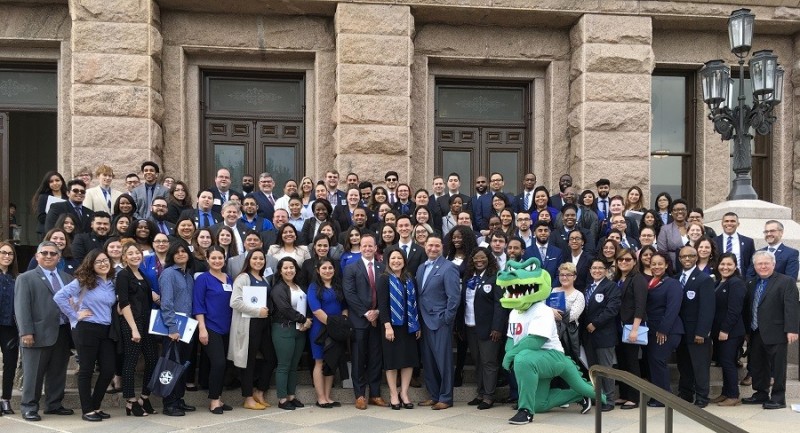 It was a long ride to Austin with dreary weather. Still, the spirits of University of Houston-Downtown (UHD) community members weren’t dampened by the drizzling conditions. Instead, they were emboldened by the day’s mission—to advocate for their institution during UHD Day at the Capitol.

On Feb. 26, buses containing more than 100 Gators ventured to the Capitol to meet lawmakers and discuss items on the University’s legislative agenda. The day started early for these “DeleGators,” who arrived in the Welcome Center at 5:30 a.m. to prepare for the drive to Austin.

Buses arrived at the Capitol, and the traveling Gators quickly filed into the both Senate and House chambers for 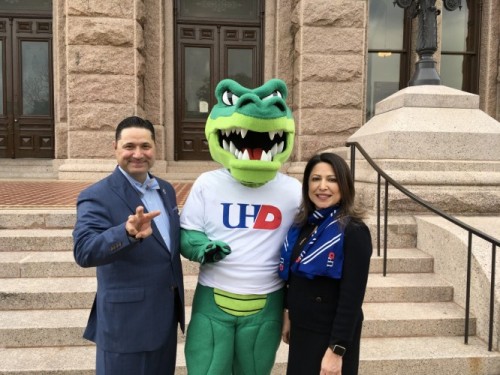 Faculty, staff, students and supporters then headed to the nearby Scholz Garten for a catered lunch and some inspiring words from President Muñoz.

“All of you are here because you’re passionate about our University,” he said. “Your commitment to UHD will make a difference for our institution and for future generations of Gators.”

Following lunch, it was back to the Capitol, where groups of students split up and met with legislators. Groups were led by faculty and staff members, including Dr. David Branham, professor of political science. 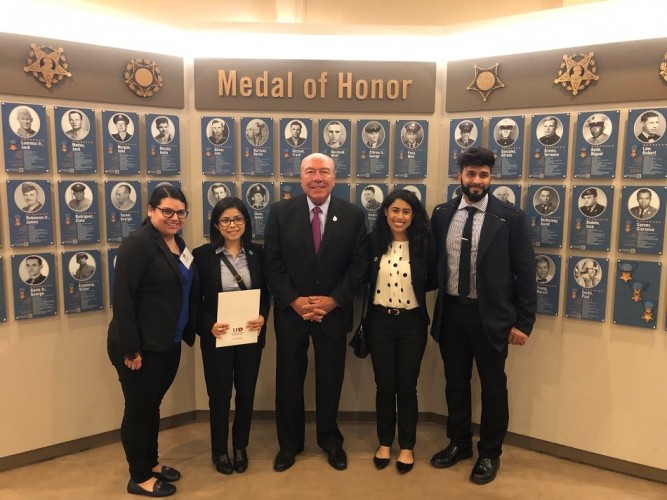 “It was a great experience for the students,” Branham said. “Rep. Cain spent about 30 minutes with the students listening to them and talking about his time at UHD. And, we visited Rep. Allen’s office and met with one of her aides, Jaime Puente … another UHD alumnus. During both of these visits, they not only advocated for our University, but they saw the possibilities that await them. Meeting alumni who are now in successful positions is very inspiring to our students.”

Among the students who met with legislators was junior Christina Glenn. She described the experience as “amazing” and “inspirational.”

“My favorite part was visiting the offices of the legislators and sharing information about UHD,” said Glenn, a social work major. “We received positive feedback, and I met someone who also majored in social work who now works in the legislature, which opened my eyes to a possible career path. I’d definitely do this again if given the opportunity.”

The day wound down with a final group photo on the steps of the Capitol alongside Rep. Perez and the Gator mascot. By this time, the light rain had subsided and glimpses of sunshine peered through the clouds. As students bid farewell to Perez and the Capitol, they began the journey home with a sense of accomplishment.

“UHD Day at the Capitol was definitely a success,” Alonzo said. “When legislators meet our students and hear their stories, it conveys a clear message about UHD. And, it’s a great learning experience for our students. On many levels, this is a very important day for UHD and our students.”

Gators Take Austin During UHD Day at the Capitol