Gators Stroll to the Polls for Primary Elections 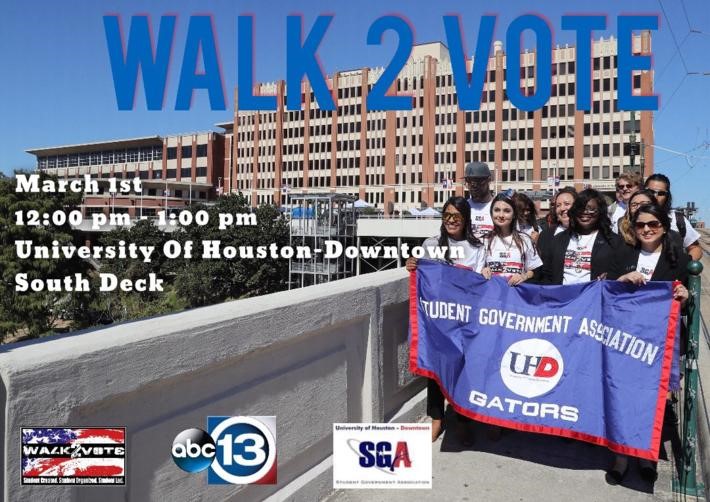 When it's time to vote, Gators start walking.

That's been the case over the past few years as University of Houston-Downtown students have literally exercised their right to vote during Walk 2 Vote. Led by UHD's Student Government Association, the annual event is in collaboration with University leadership and community partners, including ABC13.

On March 1, during Texas primary election early voting, UHD students marched from campus to the Harris County Law Library (1019 Congress Ave.). A pre-voting party was held at noon on the South Deck of the One Main Building, and the official stroll to the polls kicked-off at 1 p.m.

Gators Stroll to the Polls for Primary Elections