The spring 2019 season has begun for UHD club sports. The UHD club teams compete in local and regional sports conferences against other collegiate club teams. 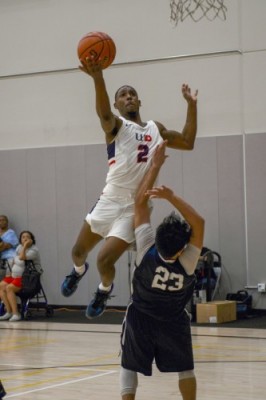 The UHD Jesse H. Jones Student Life Center hosted the season opener for the UHD men’s basketball club team on Feb. 15. The Gators opened up their season with a strong 72-58 win on Friday night versus North American University. UHD's Wynn Bishop scored 14 points and Josh Jimenez scored 13 points. The UHD Cheerleaders and UHD Gatorettes made their season appearances during the halftime performances. The men’s basketball club team continues play at 7 p.m. on Friday, Feb. 22 at Rice University, and 1 p.m. on Saturday, Feb. 23 at Lone Star College-Tomball. 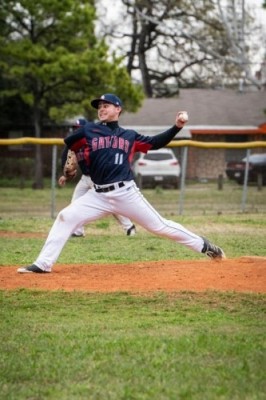 The UHD baseball club team began conference play in the National Club Baseball Association (NCBA) with a three-game sweep over Rice University. The club team picked up their first non-forfeit win, and double header sweep in the NCBA since 2014. UHD defeated Rice in game one 13-0 and then won 9-7 in game two. On Sunday, the Gators finished the three game sweep with a 23-6 win in game three. UHD’s Gino Masini went on to win Player and Pitcher of the Week for the Rocky Lone Star Region – South Conference in the NCBA. In three games, Masini went six for 13 with one double, one triple seven RBI, seven runs scored, five stolen bases, and two walks. On the pitcher's mound, Masini started game one of the series and finished with a complete game shutout over six innings of work, two walks, one hit, and striking out seven. The team is off this week and will resume action at 7 p.m. on March 1 and at Noon and 3 p.m. on March 2 against Texas Christian University at Finnigan Park.

Dominant winning continued for the Gators as the UHD women’s soccer club team began their spring season on Feb. 16. The club team defeated Lone Star College-Cy Fair 9-1 to improve to 1-0 on the year. The team's next game is at 1p.m. on Saturday, Feb. 23 at the University of Houston's Bayland Park #L-2.

The men’s soccer club team began their season on Feb. 9 with a 10-2 win over Lamar University. The club team came away with a hard fought 1-1 tie last Saturday Feb. 15 versus Lone Star College-Cy Fair. The next game is 1 p.m. on Saturday, Feb. 23 at Lone Star College-Tomball on the LSC-Montgomery field. The Gators will also play the following day at 9 a.m. on Sunday, Feb. 24 at Houston Community College on the Northeast field.

The UHD wrestling club team continued their season in the National Collegiate Wrestling Association (NCWA). The Gators competed last weekend Feb. 17 at the Longhorn Classic hosted by The University of Texas at Austin. UHD’s Jasmin Olvera finished in first place for her weight class, while Jermal Sanders and Nick Emery both finished in third place in their respective weight classes. This weekend, the team will be in Denton, Texas to compete in the Mean Green Invite (men’s and women’s) hosted by the University of North Texas on Sunday, Feb. 24.