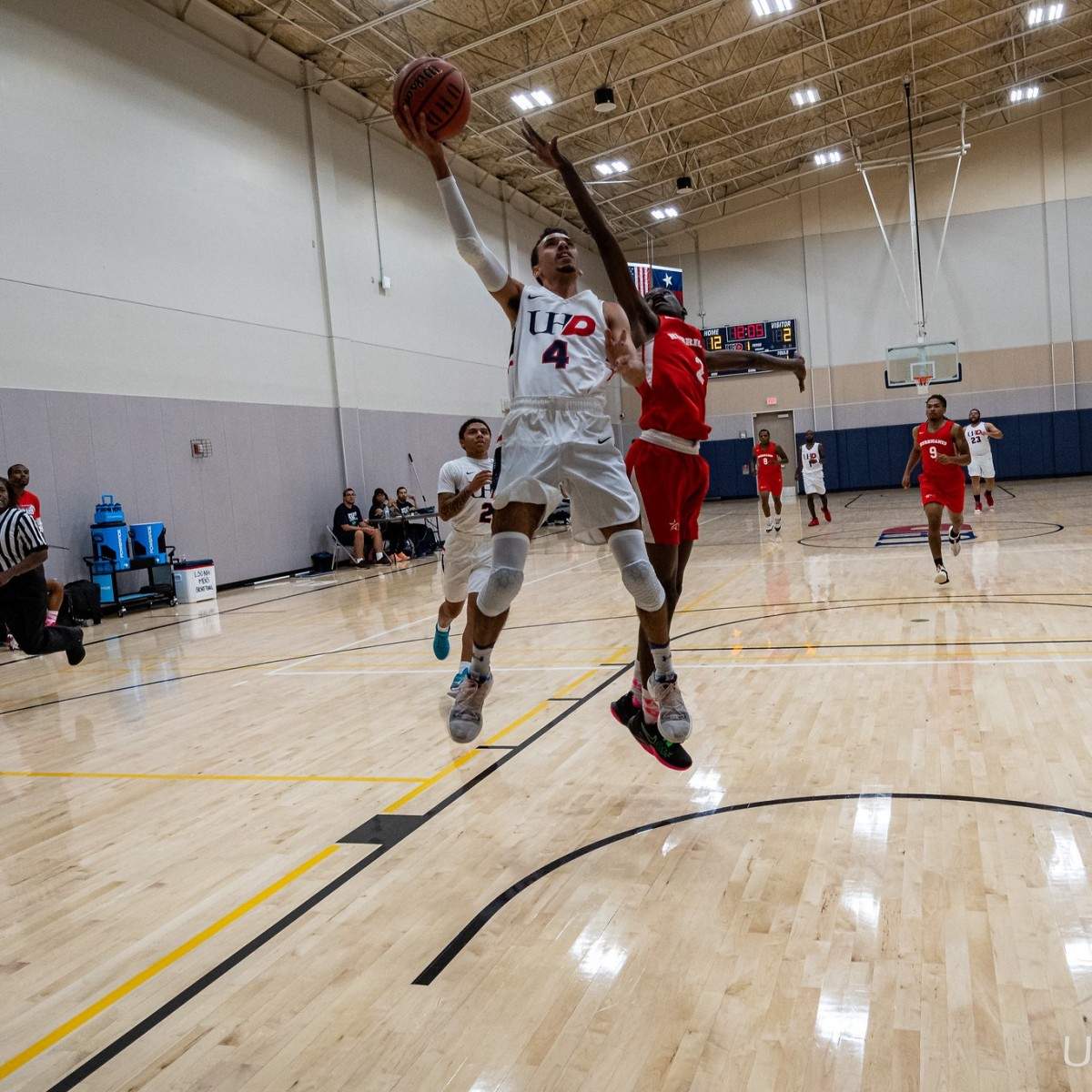 The spring season has started for the UHD club sports team in Sports & Fitness. Many of the club teams are off to great start in the winning category. This spring is also seeing some UHD's club teams branch out in competitive club sports conferences against some of the top collegiate club sports teams in Texas and the south region.

After winning the club’s first-ever conference title in 2019, the Gator baseball club team is looking to repeat as champions in their division and make a second consecutive trip to the Conference Playoffs. The team is off to an impressive 9-2 overall record, and 8-0 record in conference play to start their season. The team has won nine consecutive games that includes wins over Houston Community College, a three game series sweep on the road at Lone Star College-Cy Fair, a double-header sweep over the Corps of Cadets from Texas A&M University, and a three-game series sweep on the road at Texas Christian University in Fort Worth. Led by first- year head coach, and former Major League Baseball professional pitcher Scipio Spinks, the Gators are off for two weeks for spring break and resume action on March 21 with a non-conference double-header versus Lone Star College-North Harris, 10 a.m. at Schwartz Park

For the first time in club history, the men’s basketball club team is competing in the National Intercollegiate Recreational Sports Association (NIRSA) Club Sports Basketball Conference. The UHD team is in the South Conference–East Division, which includes Louisiana State University, University of Louisiana and Tulane University. UHD's Jesse H. Jones Student Life Center will host to the NIRSA Club Basketball Conference Tournament #2 this Saturday, Feb. 29 with three games: Noon vs. Louisiana, 2 p.m. vs LSU, 4 p.m. vs Tulane. All games will be live streamed on the UHD Sports & Fitness Facebook webpage. After the UHD tournament, the team will be traveling to compete in the NIRSA Region IV Tournament March 6-8 at The University of Texas at Arlington. 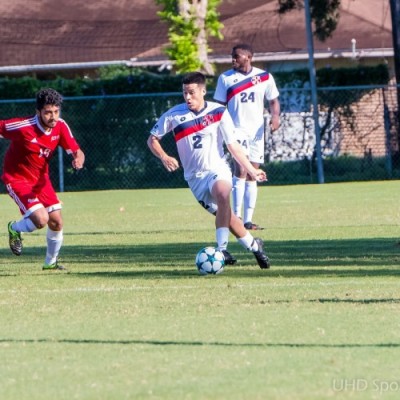 The men’s soccer club team currently has three wins, 1 tie, and 1 loss in the Lone Star Sport Club Conference (LSSCC). The club is coming off two straight victories that includes an 8-0 win versus Lone Star College-Tomball, and 2-1 win versus Lone Star College-Montgomery, and a 4-2 road win at Lone Star College-Cy Fair. After winning the club’s sixth conference championship this past fall in the Houston Club Sports Conference, first-year head coach Thompson Antwi is looking for the club’s first-ever spring championship in the LSSCC. The next game is 9 a.m. on Saturday, March 7 versus first-place University of Houston at UH's Gertner Fields.

The women's team had their three-game winning streak snapped over the weekend, but UHD picked up three stratight wins that inlcuded a 5-1 win versus Houston Community College, 3-2 win versus Lone Star College-Cy Fair, and a 7-1 win at Houston Community College. This winning streak sees the Gator's record this spring at 3 wins and 2 losses tied for second place and a chance to play in the conference championship game in April. Led by new head coach Sandra Dominguez, the team is hungry for the club’s second-ever conference championship. Their last conference championship was fall 2018 in the Houston Club Sports Conference. Their next game is 11 a.m. on Saturday, March 21 at Lone Star College-North Harris' soccer field.

Not just one conference title is on the mind of the UHD women’s volleyball club, but there are two possible conference championships awaiting them this spring for the first time in club history, the team is competing in two conferences at the same time this spring.

After coming off the fall conference championship in the Lone Star Sports Conference, which was their ninth overall, the women’s volleyball team is looking to win their fourth consecutive championship in the Houston Club Sports Conference (HCSC) that is held exclusively during the spring semester. The team is currently 3-0 in HCSC play and will conclude their regular season at 7 p.m. on March 4 versus Houston Community College in the UHD Jesse H. Jones Student Life Center. The HCSC Playoff Tournament is slated for 10 a.m. on March 7 in the Student Life Center.

In addition to competing in the HCSC for the first time in more than 10 years, the team is competing against the best collegiate club volleyball teams in the Southern 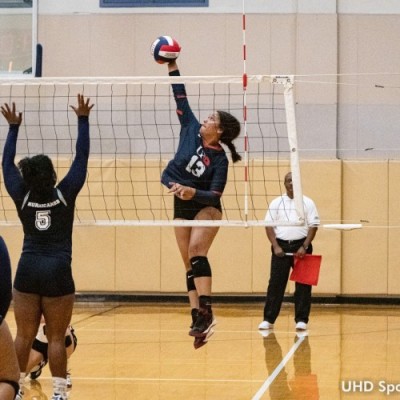 Intercollege Volleyball Association (SIVA). Unlike the HCSC that has weekly matches on Wednesday evenings, SIVA host games at one-day tournaments once a month at various schools in Texas. UHD finished No. 3 out of 23 teams at the Jan. 25 SIVA Qualifiers at Texas Christian University. The team also came away with wins over University of North Texas, Texas A&M-Galveston and Rice University. The Gators just competed in the SIVA Crossover on Feb. 22 at Texas State in San Marcos, which included wins over the University of Oklahoma and Louisiana State University.

The final tournament of the season was March 28 at the SIVA Championships at Game On Sports Complex in Fort Worth. The UHD women’s volleyball club team is currently ranked No. 9 in the NCVF Division II Women’s Ranking.

The UHD wrestling club had it’s best finish at the National Collegiate Wrestling Association (NCWA) Southwest Conference Championships since 2016. Over the weekend at Richland College in Dallas, TX, UHD’s Jermal Sanders (184 pounds) and DJ Washington (heavyweight) are the first two men’s individual champions for the Gators since 2016. Jordan Salgado rounds out the field for the men’s team, placing third place at 149 pounds. The men’s team finishes in fourth place at the conference championships that featured over 10 club teams in the Southwest region. UHD’s Jasmin Olvera finishes in second place at 170 pounds. in the women’s division. UHD has advanced eight wrestlers to the NCWA National Championships March 12-14 at the Allen Events Center in Allen, TX. This is the highest number of students that have qualified for NCWA Nationals since 2018.