It was the Summer of 2020 and the world he knew was erupting and Christopher L. Butler had something to say … through poetry.

Under his pen name (Chris L. Butler), the freelance writer and editor felt the need to express his angst during the turbulent and violent times affecting Black Americans with his poem, “Progeny.”

“I wrote this poem amidst everything happening in the Black community,” the UHD Alumni said. “As an African-American, I felt I needed to get my frustrations out in a way that was productive and could possibly soothe others.”

Butler’s poem “Progeny” was nominated by Lucky Jefferson Literary Journal for the 2021 Pushcart Prize—an American literary prize that honors the best poetry, essays and short fiction. The poem was published in the Lucky Jefferson Literary Journal and also was featured in Alternating Current Press’ “Anthology.” His other works have been published in The Hellebore Press, Perhappened Magazine, NewPages, Medium and UHD’s Bayou Review, just to name a few. 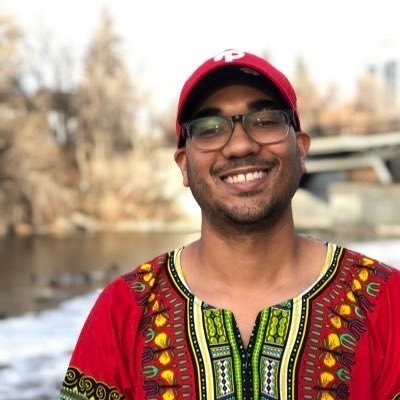 Butler didn’t win the prize; however, for him was “a true honor," he said. "When Professor (Daniel) Peña first came to UHD in 2016 he won the Pushcart Prize; and to be nominated five years later feels like a literary homecoming. When most people think of writers from the University of Houston System, they think UH. It felt good to represent us Gators.”

The West Philadelphia native has lived in Houston for the past six years. At the age of 24, he graduated from Xavier University in Cincinnati, Ohio with an associate degree. After a few years of working, he decided to head back to college, and he chose the University of Houston-Downtown (UHD) where Butler earned a Bachelor of Science in Interdisciplinary Studies with a concentration in Sociology and a minor in History.

“UHD was the perfect place for nontraditional students like me, who at the time was balancing a full-time job, full-time studies, and on campus involvement,” said Butler. “While at UHD, I was building the next step in my educational journey to become a professor of creative writing and critical race theory. I’m still on that journey and I am preparing for graduate school.” He credits both Dr. Jonathan Chism, Assistant Professor of History and Daniel Peña, Assistant Professor of English as being an influential force during his time at UHD.

“Why not?” he emphasized. “Honestly, one doesn't choose poetry. It takes a hold of your hand and drags you on a lifelong journey filled with observation about this strange world we live in.”