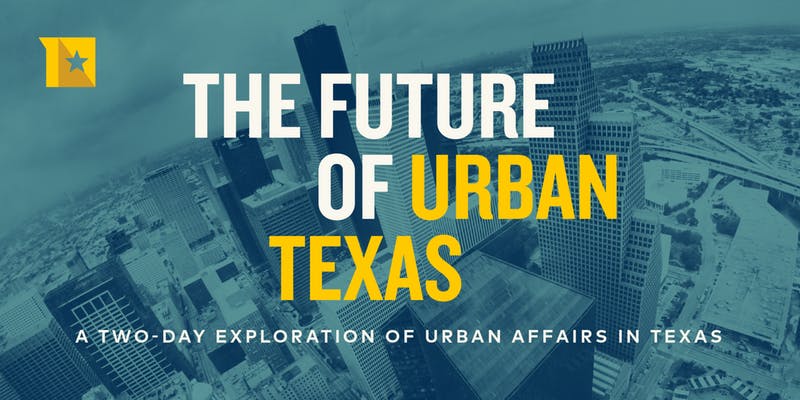 Leaders from throughout the Lone Star State are headed to the University of Houston-Downtown (UHD) for two days of conversations on issues facing Texas’ largest cities.

UHD and The Texas Tribune are teaming up to present “The Future of Urban Texas” Nov. 14 and 15 in the Wilhelmina Cullen Robertson Auditorium. This event will feature panel discussions on the Legislature, public health, education, transportation, poverty and other topics. It's free and open to the UHD community and the general public. Attendees can register here.

Panels will be moderated by members of The Texas Tribune’s editorial team and feature a who’s who of Texas leaders and legislators. The event kicks off at 6 p.m., Nov. 14 with “Urban Texas and the Legislature.” On Nov. 15, a full day of panels is scheduled, including “A Conversation With The Mayors”— featuring Houston Mayor Sylvester Turner, Austin Mayor Steve Adler and Fort Worth Mayor Betsy Price.

This event is the second collaboration between UHD and the Texas Tribune. In 2017, the University hosted the Tribune’s successful “Parent & Educator Forum.”

1 - 2 p.m.: A Conversation With The Mayors
Presented by Humana