All three were competing in the Teen 18-19 Year Old Division. Juan Santos, lifting in the 165 pound weight class, placed first in bench press with 314 pounds and second in dead lift with 402.2 pounds.

Barry Authenreith, lifting in the 220 pound weight class, placed second in bench press with 259 pounds and first in deadlift with 523 pounds.

Dorthy Tran, lifting in the 165 pound weight class, placed first in bench press with 187 pounds and first in deadlift with 358 pounds. In addition, Tran won a championship belt for the heaviest push/pull total (bench press plus deadlift) for all women, regardless of weight class or division. In doing so, she defeated some outstanding women from around Texas and from out of the state.

According to coach John Hudson, the Houston Open was not a team event for UHD Powerlifting, but the three students entered on their own in order to get more competition practice. And it paid off! 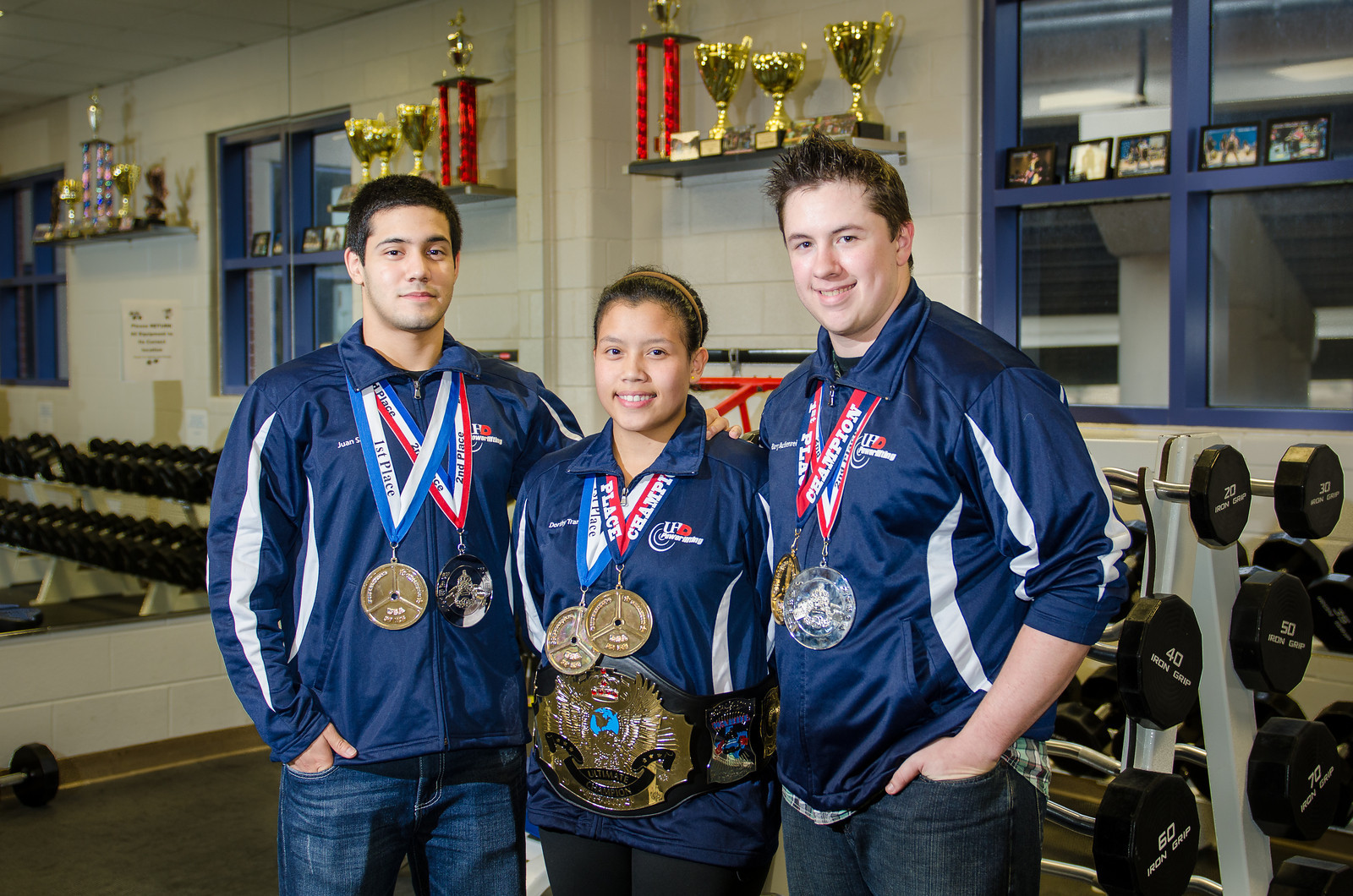