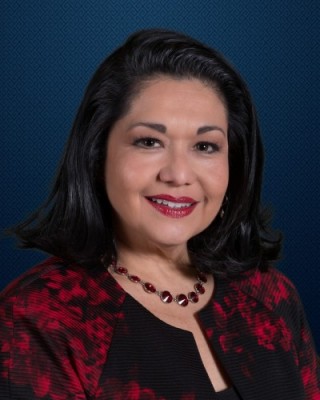 Mendoza, who served as a UHS Regent from 2013 to 2019, is the Chief Executive Officer of Possible Missions, which specializes in procurement solutions throughout the United States. She earned her bachelor’s from UHD in Criminal Justice in 1995 and Masters in Business Administration (MBA) in 2017.

After receiving her undergraduate degree, Mendoza worked in several corporate positions before becoming an entrepreneur and founding Possible Missions in 2001.

“I took a leap of faith,” she said. “I thought that I could do this on my own and be a bigger help to small, minority-owned businesses if I had my own company.”

And succeed she has. Mendoza is well respected by her employees, who nominated her for the HBJ honor. She and 50 other recipients will be recognized in an HBJ special edition and at a virtual reception in August as part of the first-ever Business Impact Awards.

“I was honored and at the same time humbled,” Mendoza said. “It gives me a sense of worth within my company, knowing that they felt enough of me to submit my name. If your team members appreciate you, then you know you are doing the right things to move the company forward, but more importantly doing right by your team members.”

As a first-generation college graduate, Mendoza is a strong advocate for education and credits her UHD education for her success.

“It inspired me to further my career, it proved to me how important an education was, and provided me the discipline I needed in my professional life,” she emphasized. “As I completed my MBA in 2017, I can truly say that attending this program after having real-world experience made the program invaluable. It helped me understand some of the methodologies of how “Corporate America” works, it provided me with company/corporate best practices and how better to manage my workforce as well as clients.”

Mendoza shared some words of advice for today’s UHD students as they work toward their college degrees.

“For some of our students, it may be their first time in college, some working full time (sometimes two jobs), have children, married, and  student loans,” she said. “I’ve been there. Stick with it. It doesn't matter how long it takes, just get it done. An education is something that will benefit you in all aspects of your life and can never be taken from you.”