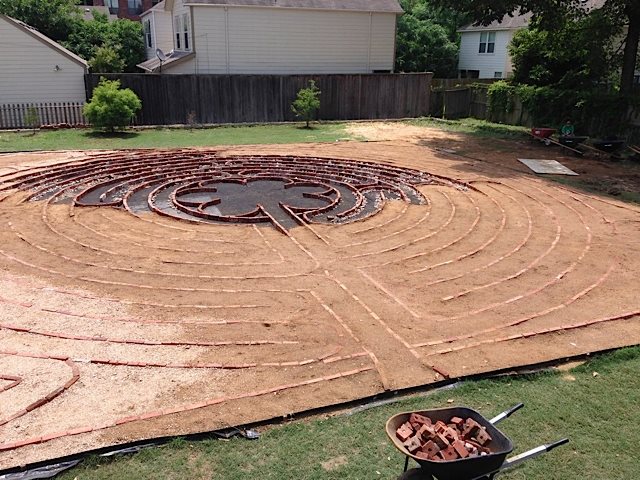 In Greek mythology, the labyrinth was an elaborate structure designed and built by the legendary artificer Daedalus for King Minos to hold the Minotaur, a mythical creature that was half man and half bull. Daedalus had so cunningly made the Labyrinth that he could barely escape it after he built it.

One UHD faculty member recently participated in the building of a local labyrinth, not for a Minotaur, but for a community.

Jay Stailey, adjunct arts and humanities professor, is a trained facilitator of labyrinth walks and recently partnered with the Boniuk Institute's Associate Director of Community Engagement, Mike Pardee, who was working with area high school students on sacred site quests. Stailey introduced the students to labyrinths and assisted them in created and walking three portable labyrinths made of sticky notes, chalk and tape.

Recently, the Institute was contacted by Mt. Carmel Missionary Baptist Church in Houston. The church, which was originally founded 100 years ago, was demolished in 2008 due to safety concerns. All that remained were piles of bricks and the baptismal font. Members of the church asked for assistance in creating a labyrinth on the site as a community prayer garden.

With supervision from Stailey and the Institute, the high school students designed a unique labyrinth for the church, which measures 50 square feet and features a circle inside a square frame with bastions. Generous citizens donated the funds and nearly 50 volunteers gathered for six consecutive Saturdays to build the labyrinth. Bricks from the original church structure were also used to pave the pathways.

A dedication for the labyrinth was held in early June.

"This was one of the most satisfying projects I've ever worked on in my life," said Stailey. "There was no leader, just collaboration and teamwork and yet it went very smoothly."

The labyrinth sits in the shadow of downtown on the corner of Ruthven and Valentine Streets. Stailey will lead a Solstice labyrinth walk at sunset on June 21 and all are welcome to attend. 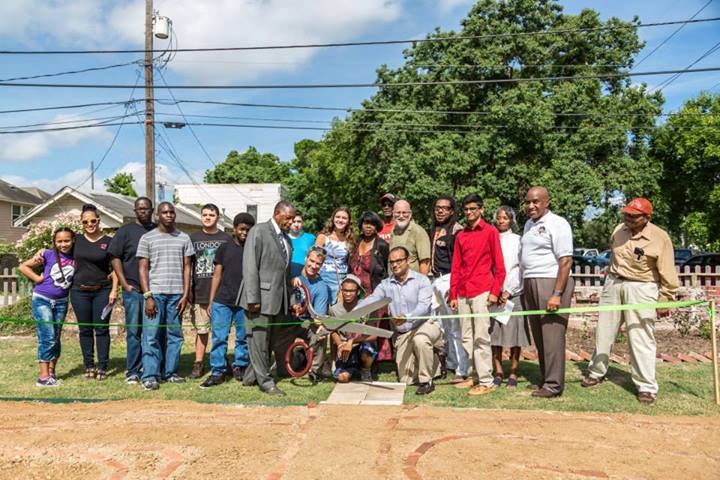