ELI Closes After Years of Service to UHD 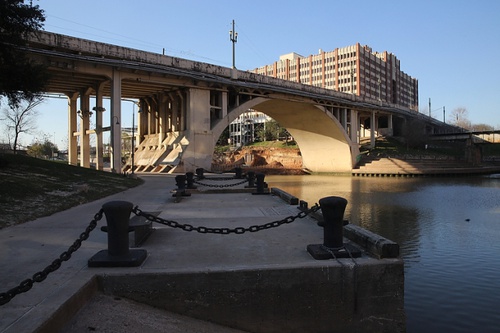 After nearly four decades of service to the University and community, the institute closed its doors in May.

"The contributions of ELI's staff members and director Gail Kellersberger have been an asset to UHD," said Ed Hugetz, UHD senior vice president for academic and student affairs and provost. "They provided an invaluable service to countless students seeking to improve their grasp of the English language. The Institute was a very special part of UHD, and we are disappointed to see it go."

In recent years, universities across the United States have seen a decline in international enrollment. As a result, English language programs have been closing nationwide. UHD's ELI wasn't immune to the diminished enrollment of international students, and was forced to conclude its services.

"Over the decades, ELI helped elevate the reputation of our University and has been a source of support for international students and others in our community," Hugetz said. "We are grateful to have hosted this Institute and are proud of the excellent work it performed on campus."

Kellersberger arrived at ELI in 1986 and was serving as director when it closed this year. She said that it served thousands of students and professionals, who sought to broaden their English skills.

The Institute was noteworthy for delivering a range of programming to accommodate its students, Kellersberger noted. It partnered with Dr. Hsiao-Ming Wang, UHD professor of criminal justice, in his many exchange programs with the Central Police University in Taiwan. The institute also instructed other professional groups, including a class of lawyers from Yemen and Marathon Oil engineers from around the world. ELI also took its services on the road for a collaboration with Tecnológico de Monterrey in Mexico.

"ELI had a good reputation and we received many of our students through word-of-mouth," Kellersberger said. "We've touched many people. We made friends for UHD, and I continue to receive emails from people around the world about ELI. Our program was excellent in terms of curriculum and instruction and contributed to UHD's educational mission."

In addition to delivering English language instruction, ELI was an active participant in UHD's International Education Week and other events. ELI students also were involved in service-learning projects and community engagement activities.

"Through the years, I've been very proud of our students and their accomplishments," Kellersberger said. "I also am proud of our staff for its dedication to enriching students' lives and making the Institute successful for so many years."

ELI Closes After Years of Service to UHD