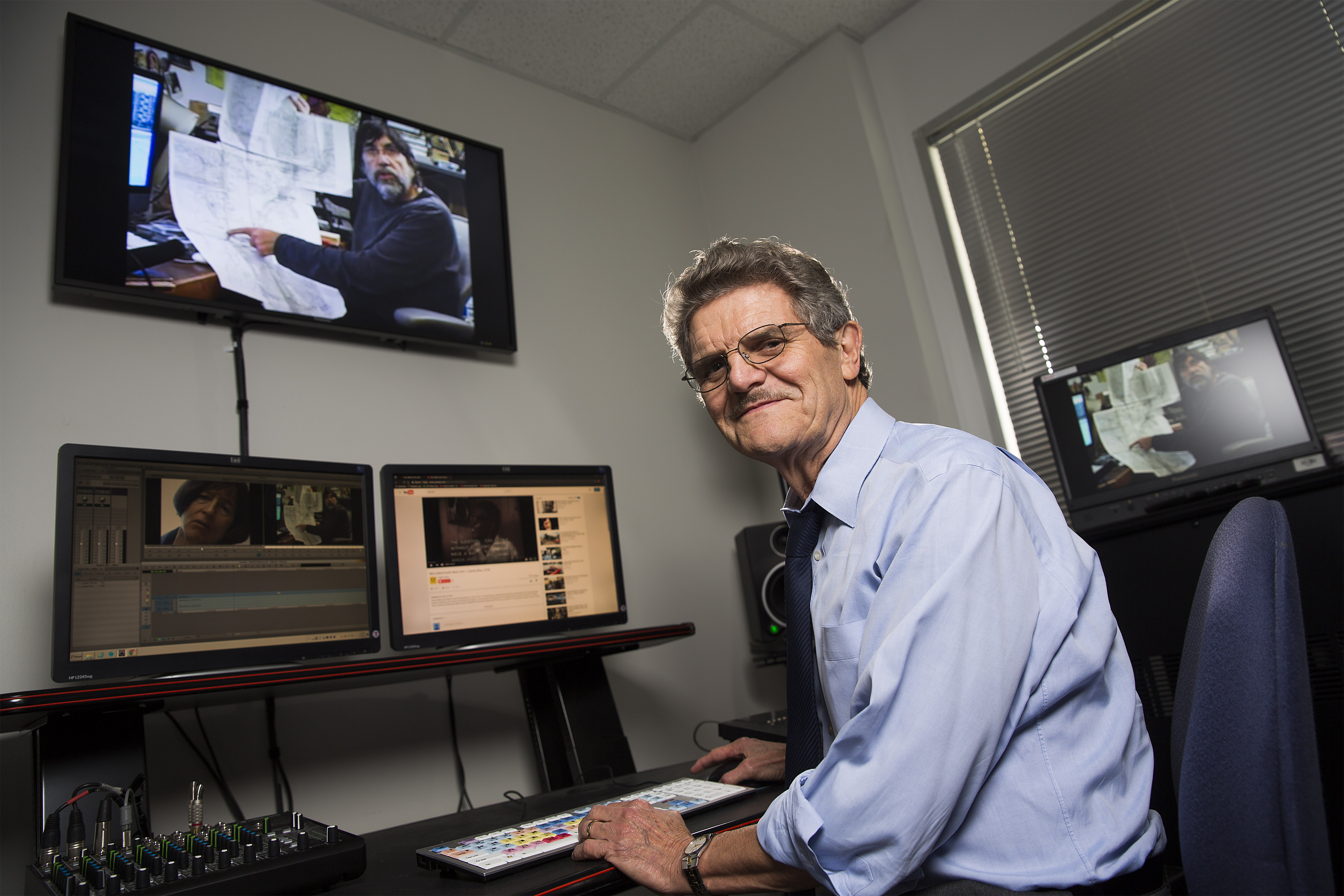 Houstonians - particularly members of the University of Houston-Downtown (UHD) community - know Ed Hugetz as a passionate academic administrator and educator. Soon, they'll experience another side of the University's interim senior vice president for academic affairs and provost.

In addition to his longtime work with UHD and the University of Houston System (UHS), Hugetz is an accomplished filmmaker and multimedia storyteller. He has co-directed, produced and edited numerous films that have been screened and broadcasted around the globe.

On Feb. 17, Hugetz' work in film will be celebrated during The "Alligator Horses" - Ed Hugetz Film Festival. This free event will be hosted at UHD with a reception in its Welcome Center and screenings in the O'Kane Theatre. It offers community members an opportunity to experience and discuss Hugetz' works and meet the filmmaker himself.

The event will begin with a reception at 5 p.m. in the Welcome Center. A faculty and student panel will start at 5:45 p.m. in the O'Kane Theatre followed by dinner. Remarks from Hugetz, guest speakers, and UHD Interim President Michael A. Olivas and screening clips from "Geronimo" will be conducted in the O'Kane Theatre at 8 p.m. Parking is available in the visitor's lot at the corner of Travis and Girard streets. To attend this event, please register at Eventbrite.

A list of films to be discussed (with accompanying essays written by UHD faculty) is as follows:

"I've known Ed for many years, and he is unabashedly modest about his talents as a filmmaker and storyteller," said Michael A. Olivas, UHD Interim President. "I look forward to showcasing his work and facilitating discussions on these films. An event like this has been a long time coming; and I am pleased that we are hosting it at UHD. I love films, and I love Ed Hugetz."

Hugetz has always had an affinity for films. He cites Ingmar Bergman's "Wild Strawberries" among the films that influenced him to pursue filmmaking. In the early 1970s, Hugetz served as Texas' Filmmaker-in-Residence--a role supported by a National Endowment for the Arts grant and administered through the Texas Commission on the Arts. In this position, he toured the state in a media van teaching Texans of all ages how to make films about their respective communities

Throughout his career, Hugetz has balanced his academic, administrative and artistic responsibilities. Although the roles of a provost and filmmaker may not seem similar, Hugetz will tell you otherwise.

"I don't find my role as a provost or educator any different than being a filmmaker," he said. "When I was hired as an administrator many years ago, I was told that working with people, teaching, and telling a good story is part of the job. It turned out that it was true."