Education is a Professional Asset 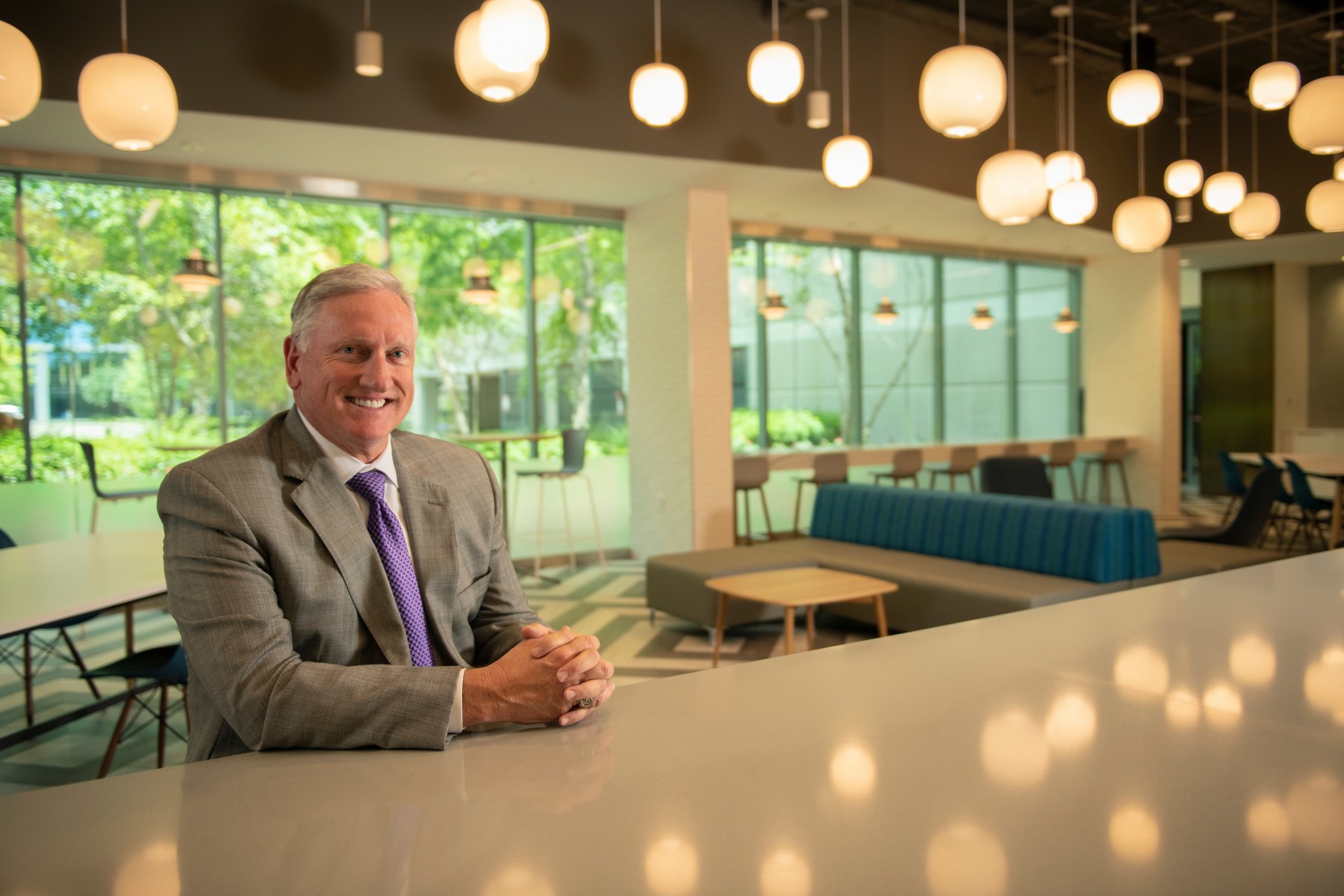 Jay Norcross hadn’t considered attending the University of Houston-Downtown (UHD) until he received an unexpected invitation to attend a graduation ceremony a few years ago.

“The invitation was for my sister Zoe’s graduation. I didn’t know she was even enrolled at UHD!” said Norcross with a laugh. “Well, I went to the ceremony, and I thought to myself, ‘If she can do it, I can too!’”

Norcross had achieved career success in the oil and gas industry (and currently serves as president of Kiewit Oil, Gas & Chemical engineering a wholly-owned engineering subsidiary of Kiewit Engineering Group Inc.), but knew that a degree would help him grow both personally and professionally. He started at Houston Community College to test the waters. With a young family and professional obligations, Norcross wanted to see if he was ready to make the commitment to a degree program.

“As it turned out, I was ready,” he said. “With my wife Zaian’s never-ending support, it wasn’t long before I made the decision to make the move to UHD.”

After completing his associate’s degree, Norcross transferred to UHD’s Bachelor of Science in Interdisciplinary Studies program (based in the University College). He credits the University’s faculty for providing expert instruction and is also grateful for the program’s online curriculum.

“I was just a bike ride away from campus, but having the option of taking classes online was particularly helpful,” he said.

UHD’s flexible class schedules and mix of online and face-to-face classes complemented his busy calendar. As a father and an executive, Norcross was already disciplined to balance work and family. He then had to add school to the equation. He recalled getting up at 4 a.m. to work on class assignments and study. He would then head to work, and dedicate evenings to his family. That was a daily routine until he completed his bachelor’s degree in 2017—graduating with a 4.0 grade point average.

He admits that pursuing a degree wasn’t an easy decision. In addition to wanting to follow his sister’s example, Norcross remembers ongoing conversations with his son.

“I used to encourage my son to go to college, and he’d point out that I had a very successful career without a degree,” Norcross said. “I told him that I was the exception and that times had changed. When I was starting my career, things were different. Now, it’s expected for professionals to have a degree.”

Not only is it expected … it’s essential. According to Norcross, his UHD education has been an asset to his career at Kiewit.

“I received a very well-rounded education at UHD,” he said. “The B.S. in Interdisciplinary Studies was perfect for me. I had the opportunity to take courses that I knew would benefit my career. I feel that I am a better communicator, a stronger writer, a more effective critical thinker, and a more complete professional.”

UHD was just the beginning of Norcross’ academic journey. He is now pursuing a master’s degree at The University of Texas at Austin.

His advice to others who are on the path toward either a bachelor’s or master’s degree is to work hard and never give up. Work ethic is everything, he said. Success in the classroom or in one’s career is dependent is on the amount of effort that is put forth.

“You control how hard you work every day,” he said. “No one can take that away from you. So, continue to work hard and work smart until you achieve your goals.”

Education is a Professional Asset