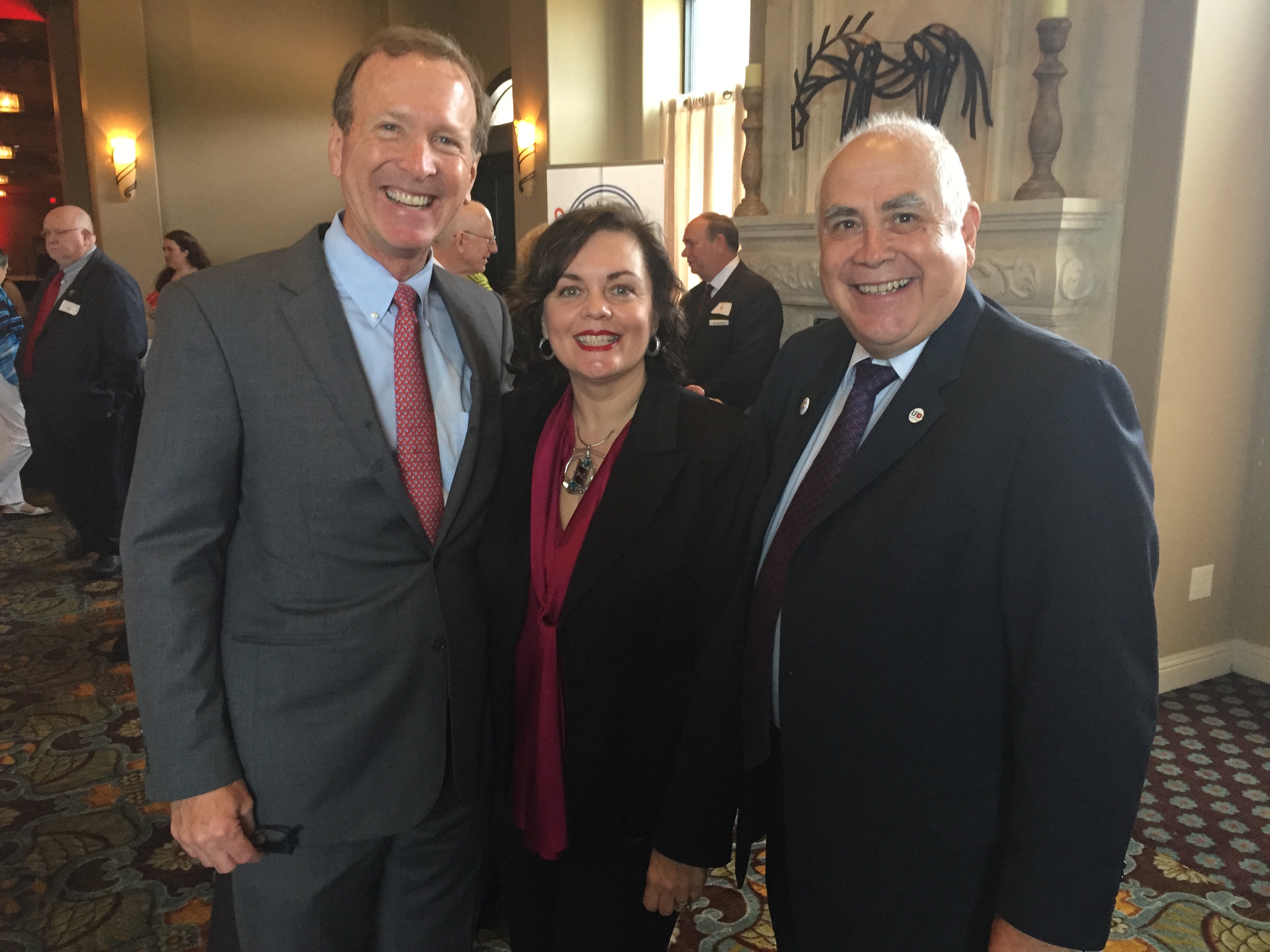 At this year's Greater Houston Service Awards, UHD President Dr. Bill Flores and First Lady Dr. Noël Bezette-Flores received the Daily Point of Light Award in recognition of their support and leadership of the City of Houston's Citizenship Month. Points of Light, the world's largest organization dedicated to volunteer service, presents the award to citizens who demonstrate a dedication to tackling community needs through volunteering.

"Points of Light are the soul of America," said President George H. W. Bush, in a 1993 report to the nation on his efforts to engage Americans in service. "They are ordinary people who reach beyond themselves to touch the lives of those in need, bringing hope and opportunity, care and friendship."

The Daily Point of Light Award recognizes the leadership of Dr. Noël Bezette-Flores, who co-founded Houston's Citizenship month, a mayoral initiative, as well as the leadership of President Flores in developing community partnerships and encouraging UHD students to serve in the community. The award comes on the heels of UHD's Carnegie Foundation Community Engagement Classification and recognizes UHD's commitment to developing the future leaders of Houston.

Under the leadership of President Flores, the UHD community has made noteworthy contributions to the success of Citizenship Month by sponsoring major citywide events and volunteering thousands of hours each year. As a whole, the UHD student body completed nearly 70,000 recorded hours of community service in 2014 alone.

Dr. Flores and Dr. Bezette-Flores have been invited to serve as host committee members for the Annual Points of Light Conference on Volunteering and Service, to be hosted at the George R. Brown Convention Center this fall.