UHD students took a stand last week in favor of the federally proposed DREAM Act, legislation by which undocumented underage immigrants could receive a fast track to U.S. citizenship by enrolling in college or joining the military.

Dozens of DREAM Act supporters met on UHD's South Deck to rally around four students that identified themselves as undocumented aliens trying to earn an education and better their lives.

Among chants of "undocumented and unafraid" and "education not deportation," students also heard a message from UHD President William Flores who spoke on the importance of education for all people.

To read more about the rally, read articles from The Culture Map and the Houston Chronicle. 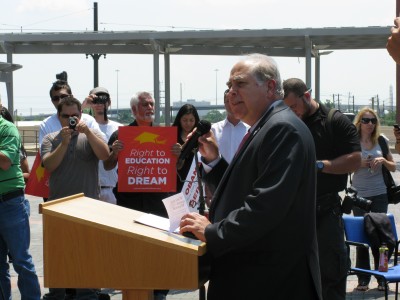 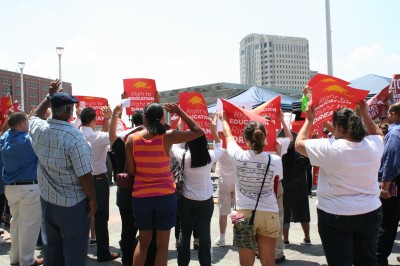