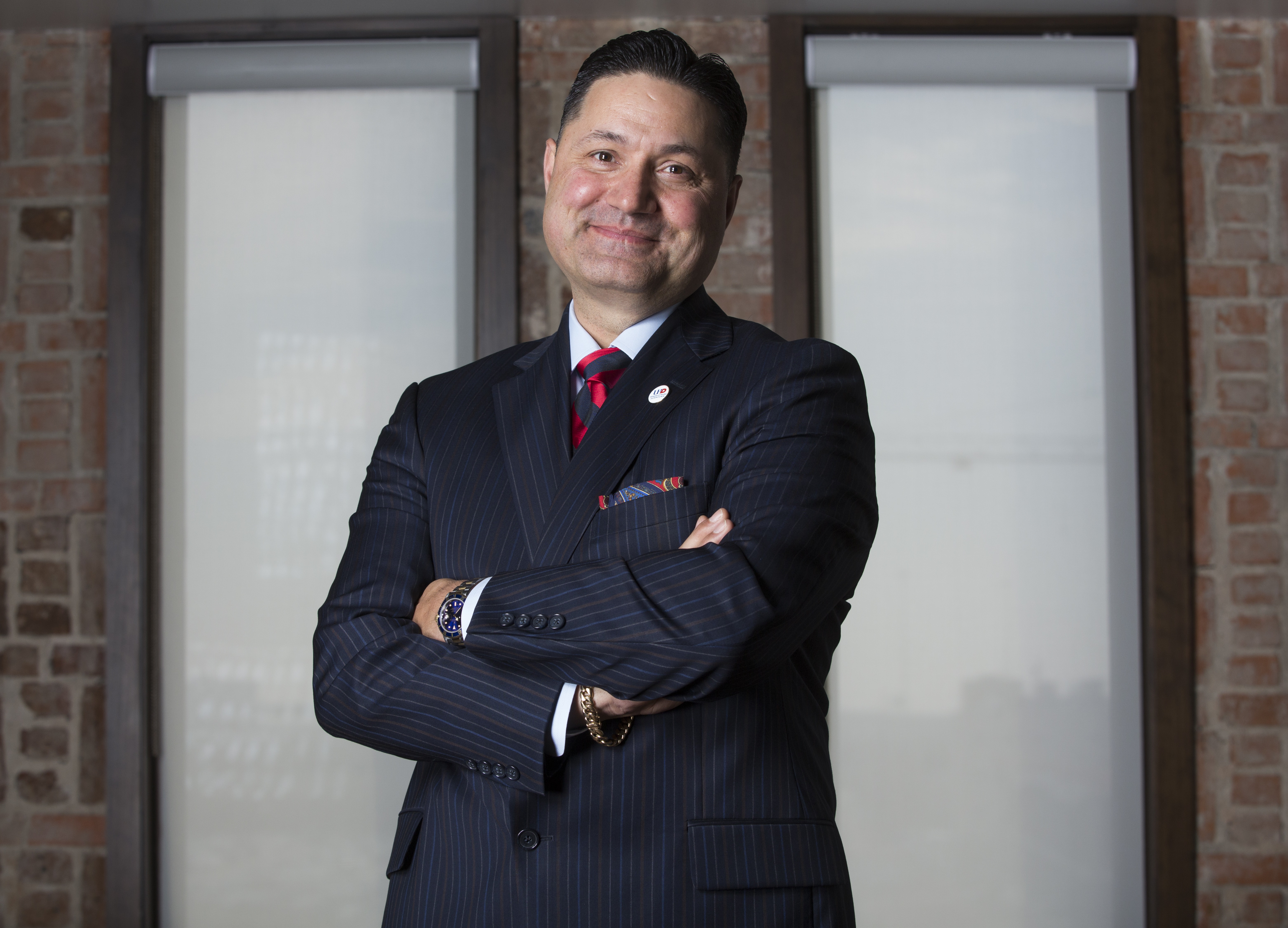 On Monday, April 17, a new era begins for the University of Houston-Downtown as Dr. Juan Sánchez Muñoz begins his tenure as the institution's new president.

On the morning of his arrival, Dr. Muñoz will meet with members of the campus community during a morning reception at 8:30 a.m. in UHD's Welcome Center (third floor of the Girard Street Building). During the day, he will continue to interact with the campus while introducing himself to students and faculty members during classroom visits.

Dr. Muñoz was formally approved as UHD's sixth president by the University of Houston System (UHS) Board of Regents on Feb. 23. He replaces Dr. Michael A. Olivas, who served as interim president from February 2016 through this month.

"Throughout my career in higher education, I've been fortunate to serve dynamic institutions driven by extremely talented teams and individuals. I am pleased to officially join the University of Houston-Downtown, which epitomizes this description," he said. "My arrival comes at a momentous time. Thanks to the hard work of my predecessor Michael A. Olivas, Chancellor Khator and many others, the University is positioned to achieve great things."

He arrives at UHD after serving Texas Tech University (TTU) as vice provost for undergraduate education and student affairs, and senior vice president for institutional diversity, equity and community engagement. Dr. Muñoz served TTU since 2004. At that institution, he also served as the officer in charge of the university,special assistant to the president, and professor in the College of Education. In his most recent role, Dr. Muñoz oversaw more than 40 units and departments including students wellness and academic service units, the TTU Ethics Center, Military Veteran Programs, the Teaching, Learning and Professional Development Center, the Office of Academic Engagement, and several academic degree programs.

Prior to his career in higher education, Muñoz was a secondary school teacher, community college advisor and instructor, and also served as a sergeant in the U.S. Marine Corps. Muñoz is married to Dr. Zenaida Aguirre-Muñoz, and the couple has three sons, Joaquin Diego Muñoz, Cruz Santos Muñoz and Juan Amado Muñoz.

The University of Houston-Downtown (UHD)—the second largest university in Houston—has served the educational needs of the nation's fourth-largest city since 1974. UHD is one of four distinct public universities within the University of Houston System. As a comprehensive four-year university, UHD offers 44 bachelor's and eight master's degree programs within five colleges (Business; Humanities and Social Science; Public Service, Sciences and Technology; and University College). Annually, UHD educates more than 14,000 students; boasts more than 44,000 alumni and is noted nationally as both a Hispanic-Serving Institution and a Minority-Serving Institution. To learn more about the University of Houston-Downtown, visit www.uhd.edu.