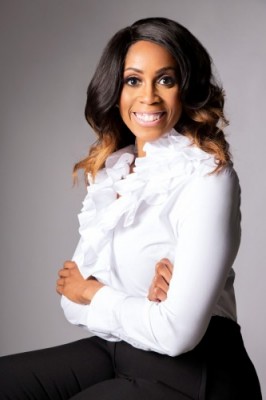 Each year, a class of rising stars in higher education leadership are named to the American Association of State Colleges & Universities’ Millennium Leadership Initiative (MLI). Among those in MLI’s Class of 2021 is the University of Houston-Downtown’s Dr. Creshema Murray.

Murray, Special Assistant to the Office of the President and Associate Professor of Communication Studies, was one of 32 scholars and senior leaders named to this exclusive group.

MLI supports populations in higher education that have been underrepresented in leadership roles within colleges and universities. The program provides these professionals with career development and networking opportunities to support their rise within the ranks of academia.

“I am elated to have been selected as a Protégé for the 2021 Millennium Leadership Institute Class,” Murray said. “MLI was founded 22 years ago to ensure that the next generation of leaders in higher education reflects our nation's diversity. As a scholar, teacher, and administrator focused on diversity excellence, I am beyond honored to have the opportunity to grow as a leader in this program. While thoughts of being a university president have crossed my mind several times over the last several years, my acceptance into the 2021 MLI class brings me one step closer to realizing my dream.”

More than 600 MLI Protégés have graduated from the program since it was launched 22 years ago. Many of these professionals have since assumed leadership or presidents’ roles at higher education institutions. Among those MLI graduates is new UHD President Loren J. Blanchard.

Murray was appointed to the role of Special Assistant to the Office of the President in 2020. In her position, she supports President Blanchard with special projects and serves as an adviser on federal, state and local issues that can potentially impact the University. Additionally, Dr. Murray also reviews and researches policies relevant to UHD and its constituents.

An accomplished scholar, Murray joined UHD in 2013 as a faculty member in its Communication Studies Program. At the University, she also is a valued Fellow in the Center for Critical Race Studies and has edited and contributed content to the book "Leadership Through the Lens: Interrogating Production, Presentation and Power" (Lexington Books). Additionally, she is a regular face on local and national media outlets, sharing knowledge on topics related to race and gender.

While she is eager to begin her tenure as an MLI Protégé, she is particularly grateful for the many leadership opportunities she’s received at UHD.

“Early on, my chair and dean in the College of Humanities & Social Sciences placed me on committees and selected me for leadership positions that allowed me to work on projects at the Department, College, and University level,” Murray said. “I was intentional about being a UHD leader before I was even hired for my tenure-track role. I am thankful that I’ve been encouraged to take on these challenging roles and equally grateful for being named to MLI’s Class of 2021.”