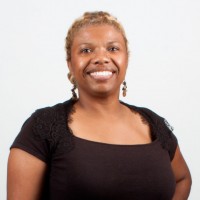 DoVeanna Fulton, Ph.D., dean of the College of Humanities and Social Sciences, recently was elected as president of the Society for the Study of American Women Writers (SSAWW).

"I am honored to be elected to this position," Fulton said, "and hope my scholarly and administrative experience enriches the Society and enhances the scholarly reputation and profile of the University of Houston-Downtown."

Fulton succeeds Richard Ellis, professor of American Studies at the University of Birmingham, in the United Kingdom. Fulton's research concentrates on black women's discursive practices in the 19th and early 20th centuries. She has published four books, including the new college edition of Nella Larsen's "Quicksand," forthcoming from Bedford/St. Martin's Press.