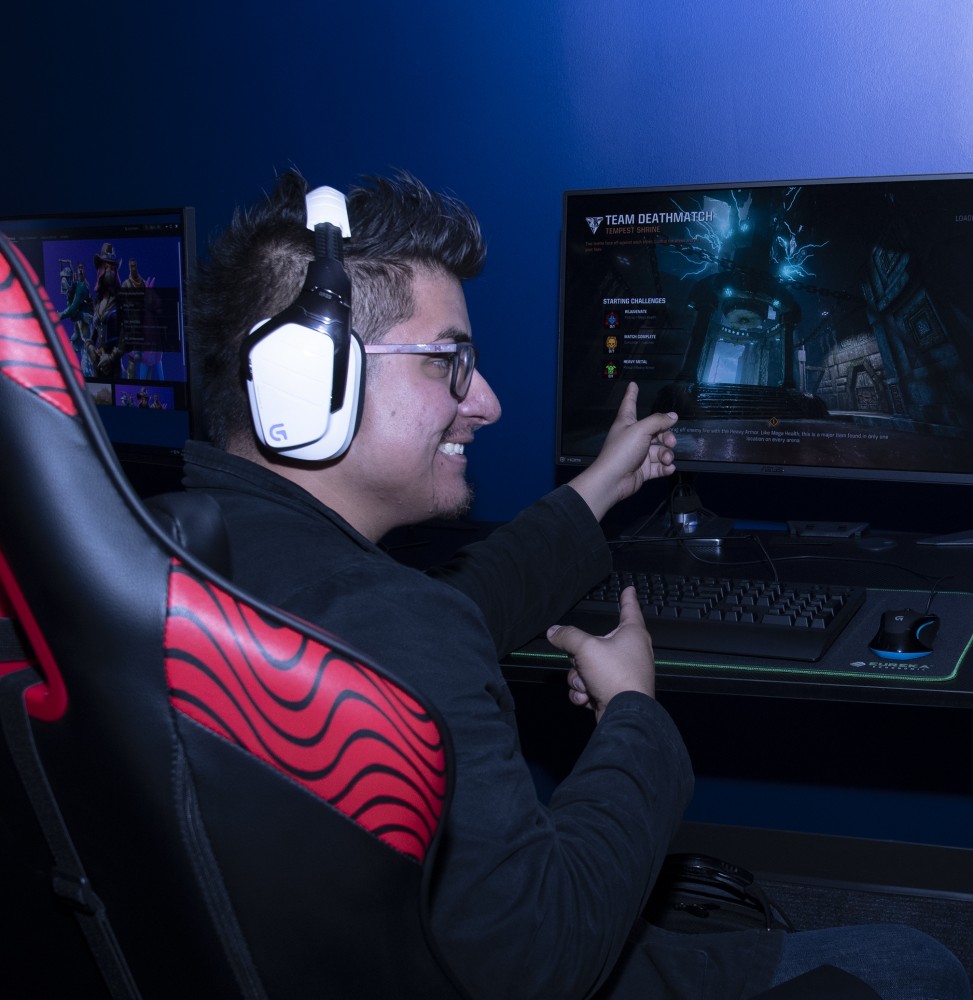 UHD is home to the city’s first college eSports Center, and this summer, two UHD esports teams made it to the playoffs in their respective summer competitions. Both teams, Overwatch and Rocket League, competed through GGLeagues (for recreational esports) against other colleges and universities.

Many eSports insiders consider UHD esports to be the premier collegiate esports team in Houston.

The Overwatch Team was established during the 2021 Fall semester by Gator student Sibel Deniz Emekli, who also serves as team captain.

“The Overwatch team is very proud of the work we have accomplished,” says Emekli. “We’ve created a great environment and rewarding experiences in bringing students together who love playing video games. We’re excited to expand our community by introducing new players to our team. As one of the most killer teams in the Houston area, our team is ready take it to the next level for the upcoming Fall semester. Go UHD Gators!”

Formed during the 2022 Spring semester by Gator student Joao Romero, UHD eSports’ Rocket League team participated in its first competition via GGLeagues and qualified for the playoffs as the top team. Only a total of six teams made it to the playoffs.

Students may start their own teams or challenge their way onto a current team after speaking with the team captain. For teams with player openings, the team captain will assess a potential new player’s skill set for an “alternate” spot on an existing team.

The University of Houston-Downtown (UHD) is the second-largest university in Houston and has served the educational needs of the nation’s fourth-largest city since 1974.

UHD has the most affordable tuition among four-year universities in Houston and one of the lowest in Texas. U.S. News ranked the University among Top Performers on Social Mobility and awarded UHD a No. 1 ranking as the most diverse institution of higher education in the southern region of the U.S. The University is noted nationally as a Hispanic-Serving Institution, Minority-Serving Institution, and Military Friendly School. For more on the University of Houston-Downtown, visit www.uhd.edu.