The personal journey of Kristina Grant, 28, has been arduous and fraught with setbacks, but her hard work, tenacity and positivity have transformed her into a leader and model for other students, as evidenced by her selection to serve as UHD's student commencement speaker this month.

Grant's academic career first began in UHD's Office of Testing Services, where she took and passed the GED exam. Homeschooled for much of her life, Grant's mother always encouraged education as a vital stepladder to success. In 2005 when Grant arrived at UHD - the first university campus she had ever visited - she knew she belonged as a Gator.

"The environment is just different at UHD," she said. "I was the first in my family to attend a university and I didn't know what to expect. But within the first few hours, the University's diverse and welcoming background greatly impacted me."

After passing the GED, however, several life challenges interfered with her plans for higher education. She was forced to move several times and throughout that time even faced homelessness, living in the Star of Hope and Loaves and Fishes homeless shelters. "At that low point in my life, I couldn't imagine returning to UHD for college, much less eventually serving as the University's student commencement speaker," she said. "But my family and best friend always encouraged me and, with their essential support, I was able to enroll as a freshman at UHD. It's one of the best decisions I've ever made."

Because of their great support, Grant calls her bachelor's degree in sociology, with a minor in ethnic studies, a "shared" degree. Her best friend helped her fill out financial aid forms when she arrived on campus and her brother paid rent on her apartment for a year to enable Grant to focus on her tuition. Grant worked part time as a home health aide and volunteered at Dress for Success and at the Beacon day-shelter for the homeless while in college.

The Houston Assembly of Delphian Chapters recognized Grant's high grade point average and hard work and awarded her with a three-semester scholarship. This organization will host a gala in her honor on the day of her graduation, "as the latest Delphian Scholar to serve as an exemplar to aspiring undergraduates."

Delphian Scholarship Chair Gail Burns said, "I have seen Kristina blossom into a bright, assured young woman. It has been a pleasure working with her and watching her grow."

Following graduation, Grant aims to earn a master's degree in nonprofit management at UHD or social work at UH so that she can eventually run her own nonprofit or homeless shelter.

"There is a place out there for everyone," she said, "for those who have struggled, for the homeless and poor. My goal now is to use the education I received at UHD to make a difference in the lives of individuals who need help and to serve as a mentor like so many have for me along the way."

Grant - who was nominated to serve as student commencement speaker by DoVeanna Fulton, dean of the College of Humanities and Social Sciences - addressed more than 1,100 of her fellow graduates and approximately 15,000 attendees at UHD's 55th commencement ceremony Sunday, Dec. 15. 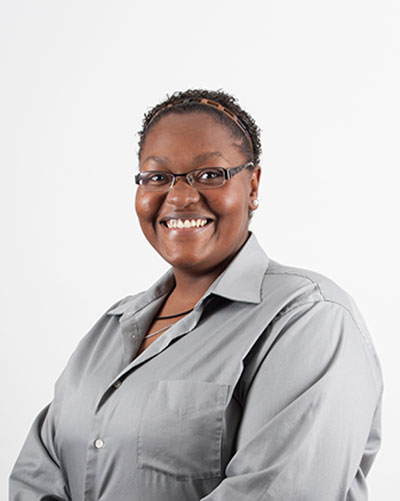