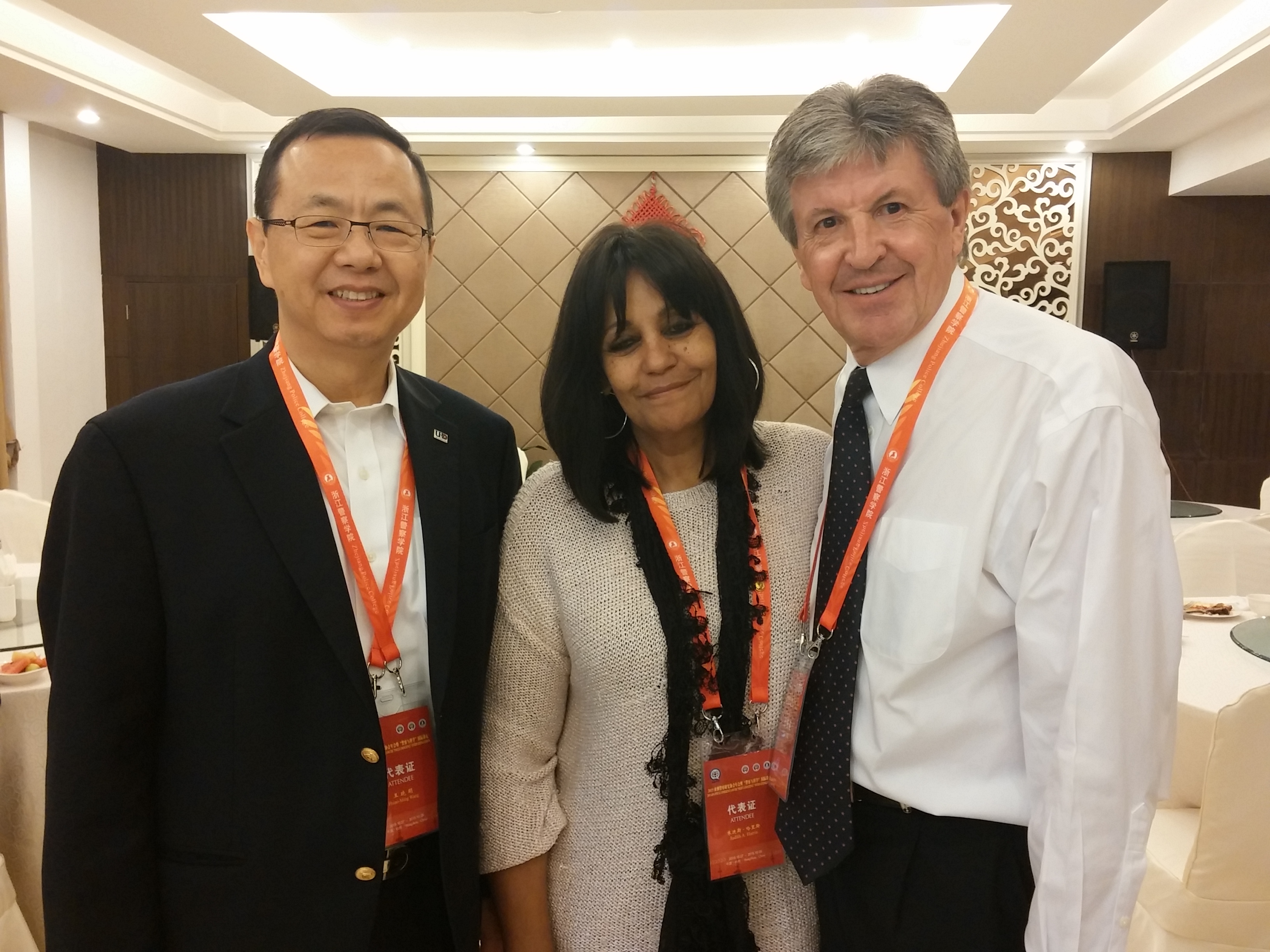 Wang is a board member of AAPS and played a significant role in the planning and execution of this world renowned conference. Wang is also the director of the Bayou Connection Program at UHD, helping to bridge the gap between Asia and America. Harris and Dr. Kingsley Ejiogu presented their paper: A Spatial Exploration of Crime Concentration in Downtown Houston Police Districts I & II, 2009-2013.

Hangzhou is the home of the Police Association of Zhejiang, Zhejiang Police College. Students spend five years training to be police officers and obtain their baccalaureate in policing and associated disciplines.

In addition to Harris and Wang's participation, two graduates of UHD's Master of Criminal Justice degree program Chawan Laosunthorn and Yung-Lien Lai, Ph.D., presented their research at the conference.

Laosunthorn, a MSCJ graduate under the instruction of Wang's and UHD assistant professor of criminal justice Michael Cavanaugh, Ph.D., presented his paper titled War on Drugs in Thailand: With a Focus on Methamphetamine.

The coming together of academics and practitioners from all over the world proved to be a major networking event. Plans are already under way for collaborating on research that examines and compares various social, political and police issues in Japan, Taiwan, Great Britain and the U.S.

Next year, in April 2016, Harris will teach at the Zhejiang Police College as a visiting scholar for two weeks.