Creative Writing Professor Kicks Off Fall Semester with a "Bang" 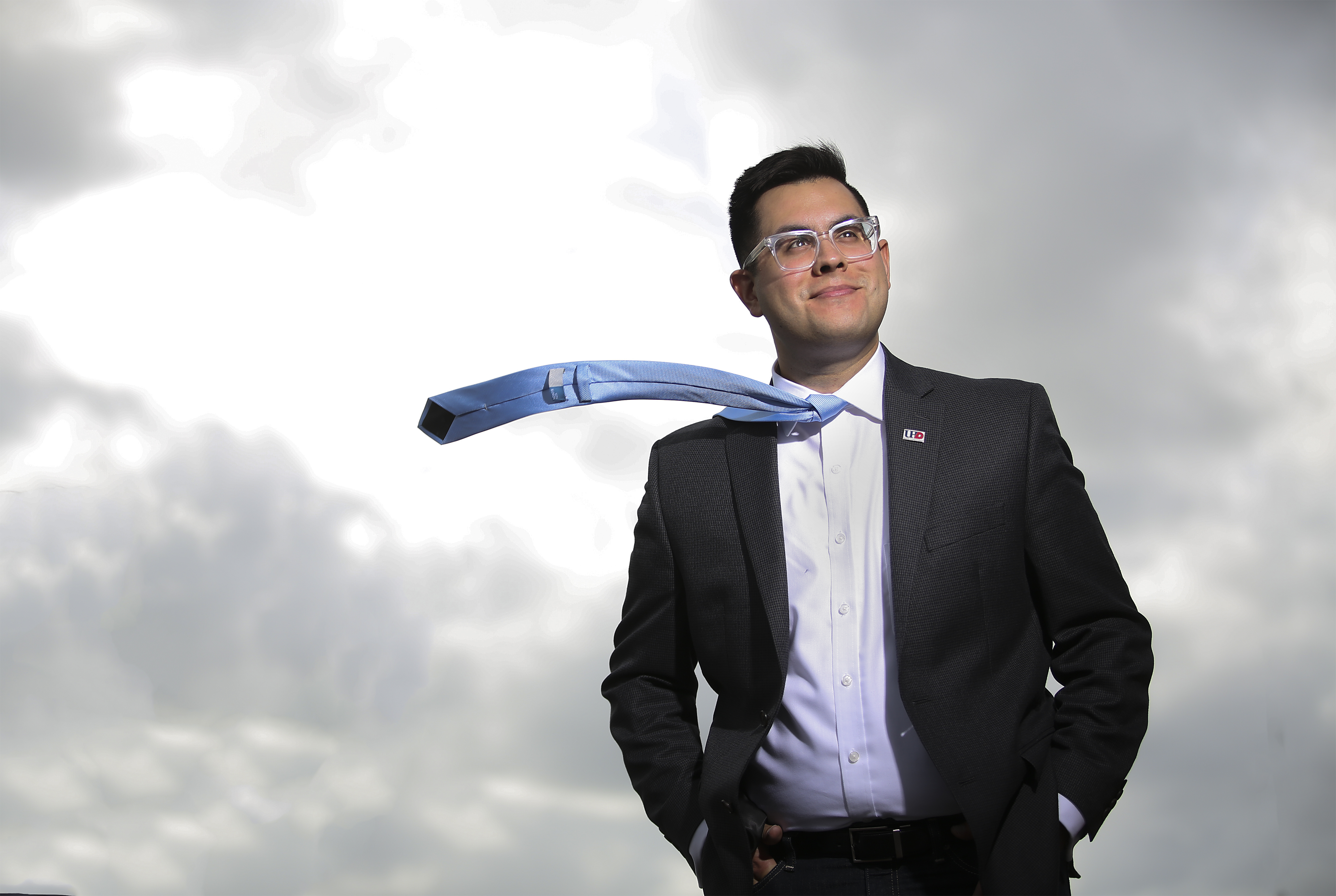 Fall 2017 will be a semester to remember for Daniel Peña. The University of Houston-Downtown assistant professor of creative writing will teach on two continents and release his first novel, "Bang."

"Bang" will be released in late November courtesy of Arte Público Press, the nation's leading publisher of literature by Latino authors. Before its release, Peña will travel to Germany to share his literary expertise with students at the University of Leipzig. He will serve as the institution's Picador Guest Professor for Literature from Oct. 27 to Jan. 13. In this role, Peña will teach a Chicano Literature course and a creative writing workshop. Peña also will oversee hybrid courses at UHD while in Germany.

"I was very surprised when I was selected for this professorship and very honored," Peña said. "Some of my favorite writers have served as Picador Professors, including Chuck Klosterman, Alexander Chee and Porochista Khakpour. It's a great opportunity for me to serve as an ambassador for UHD."

The trip to Germany also provides Peña with an opportunity to share "Bang" with international audiences. The book follows the exploits of undocumented Mexican brothers Uli and Cuathemoc, who take a small plane for a leisurely flight in South Texas. They crash and are unsure of what side of the border they're on. Cuathemoc falls prey to a drug cartel kidnapper, and Uli awakens in a hospital. Both brothers are determined to make their way to their family home in San Miguel, Mexico.

"The book is about the obstacles that confront these migrants," Peña said. "What happens to people when they're deported? Or, when they return after being away for an extended period of time? They return to find that the country they left has a different social fabric. That's what these characters face when they come back."

Peña is enthusiastic to share his first full-length novel with audiences and flattered that it is being published by Arte Público, which is based at the University of Houston.

"I grew up reading Arte Público books, so this is very exciting for me," Peña said. "I am particularly honored that 'Bang' joins the list of all the great books that have been published here."

One of the central characters in "Bang" is featured in other works by Peña. Cuathemoc was featured on his short story "Safe Home," which earned Peña the Pushcart Prize last fall. That story was published in the 2017 Pushcart Prize Anthology. He also has been published in literary publications such as Ploughshares, the Kenyon Review Online, Callaloo and Huizache. Peña also contributes articles to The Guardian and The Huffington Post. He also has a blog.

Peña arrived at UHD last fall following a teaching stint at Louisiana State University. He holds a bachelor's degree in English from Texas A&M University and a Master of Fine Arts from Cornell University. In 2014, he was named a Fulbright-Garcia Robles Scholar and spent a year at the National Autonomous University of Mexico researching the drug war and its impact on Mexico. Last year, he was named among the Houston Chronicle's "Most Fascinating People."

Creative Writing Professor Kicks Off Fall Semester with a "Bang"