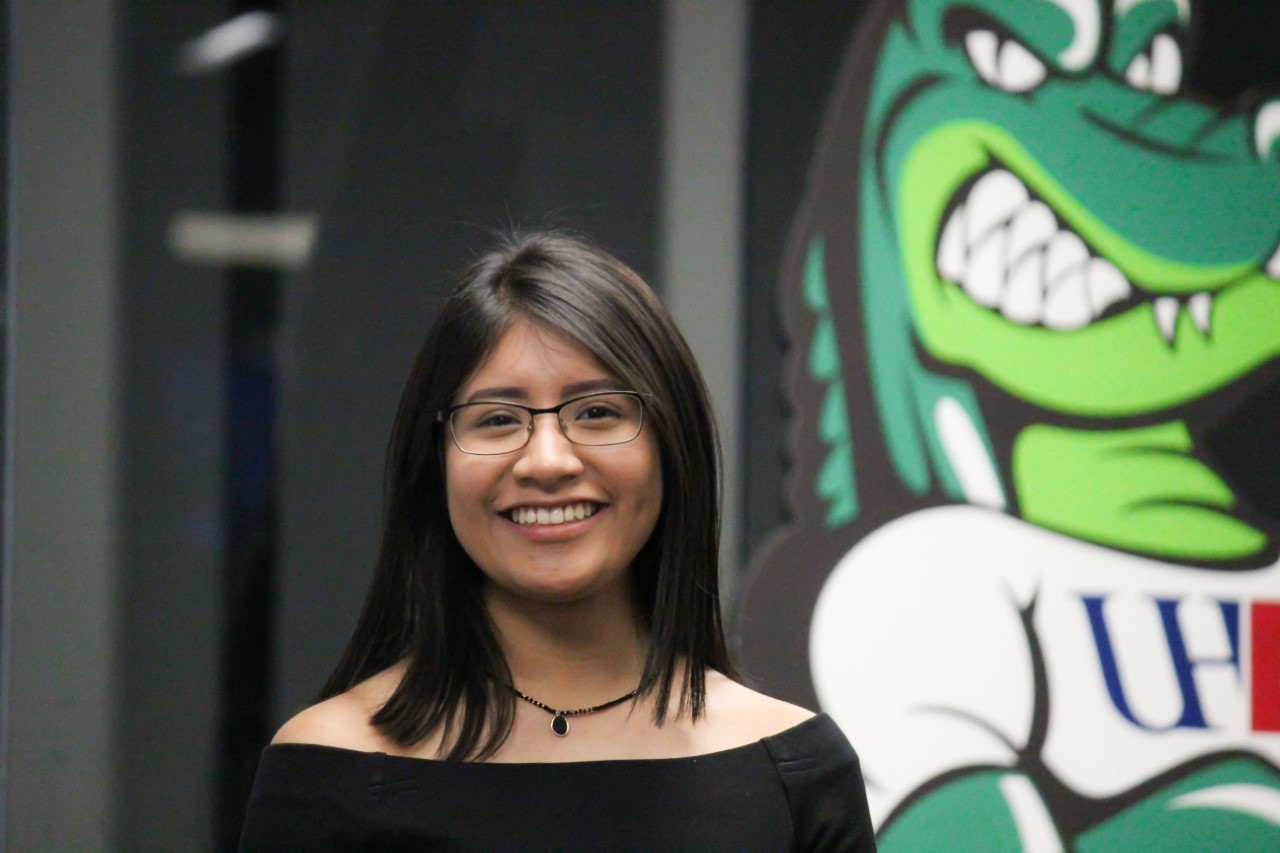 Gregoria Uroza is always wondering what she can do to help her community.

The junior psychology major is busy with academics and also is concentrating on a double minor in Spanish and Sociology. However, Uroza feels strongly in the importance of “giving back.”

It's those qualities that earned her the prestigious honor of being named a Newman Fellow.

Recently, the Boston-based non-profit organization, Campus Compact, announced its 2020 cohort of Newman Civic Fellows. The organization, which works to advance the public purposes of higher education, selected more than 200 students from around the country for this honor.

In Uroza’s three years at UHD and as a high school student, she's served in the community and worked closely with its leaders to advocate for the rights of underserved populations, including being a voice for those not often heard. She is presently working with a team composed of members from various church groups and universities around Houston to explore the needs of low-income communities and address issues, such as hunger, poverty, education, and immigration.

“Being named a Newman Fellow means that I can accomplish so much more as we work together toward bettering the community,” she said. “I feel empowered to know that there are community-committed students across the nation working to provide their communites with what they need. I am humbled to represent the works of my community and the opportunities UHD provides for Houston. It’s an amazing opportunity to learn from other community-committed students and support one another to achieve what we once believed were beyond our capabilities.”

This past year, Uroza joined community leaders, including The Metropolitan Organization (TMO), Movimiento Misionero Hispano (MMH) and Avenue to advocate for the rights of underserved populations.

“Along with TMO, I led house meetings and listened to the issues that our community faces daily, which included lack of security in their neighborhoods, the absence of educational support, fear in immigrant communities, shortage of job opportunities and below minimum wage positions,” she said. “I joined mayoral accountability sessions whereI was able to voice the issue of gun safety and violence in our Northline community.”

In addition, Uroza joined MMH to help create events, such as festivals and resource fairs, to fundraise and provide the community with beneficial resources.

“As a team, composed of various church groups and universities, we hosted donation drives to support migrant families and took donations to shelters in Laredo,” she said. “I also helped create a project called, the Mustard Seed Project, to advocate for global malnutrition and the root causes of migration from Central America. We compiled interviews, letters from children, letters from parents and community supporters and shared them to members of Congress.”

“In fall 2019, I worked with the UHD Art Club alongside with Mikaela to raise awareness on the issue of stray animals in Houston,” Urozo said. “I think it’s an amazing thing to know you have someone by your side, ready to serve and support you. There's nothing better than to know your community has your back, which I think best defines the work of a Newman Fellow.”

After graduation, Uroza plans to pursue her Master’s in Educational Psychology and support academic achievement by combating emotional, social and academic issues as a school psychologist.

“As a Newman Fellow I feel empowered to become a stronger leader, engage with future community leaders and go the extra mile to provide my community with the resources they need and deserve,” she said.

The Newman Civic Fellowship is supported by the KPMG Foundation and Newman’s Own Foundation. Learn more at compact.org/newman-civic-fellowship.