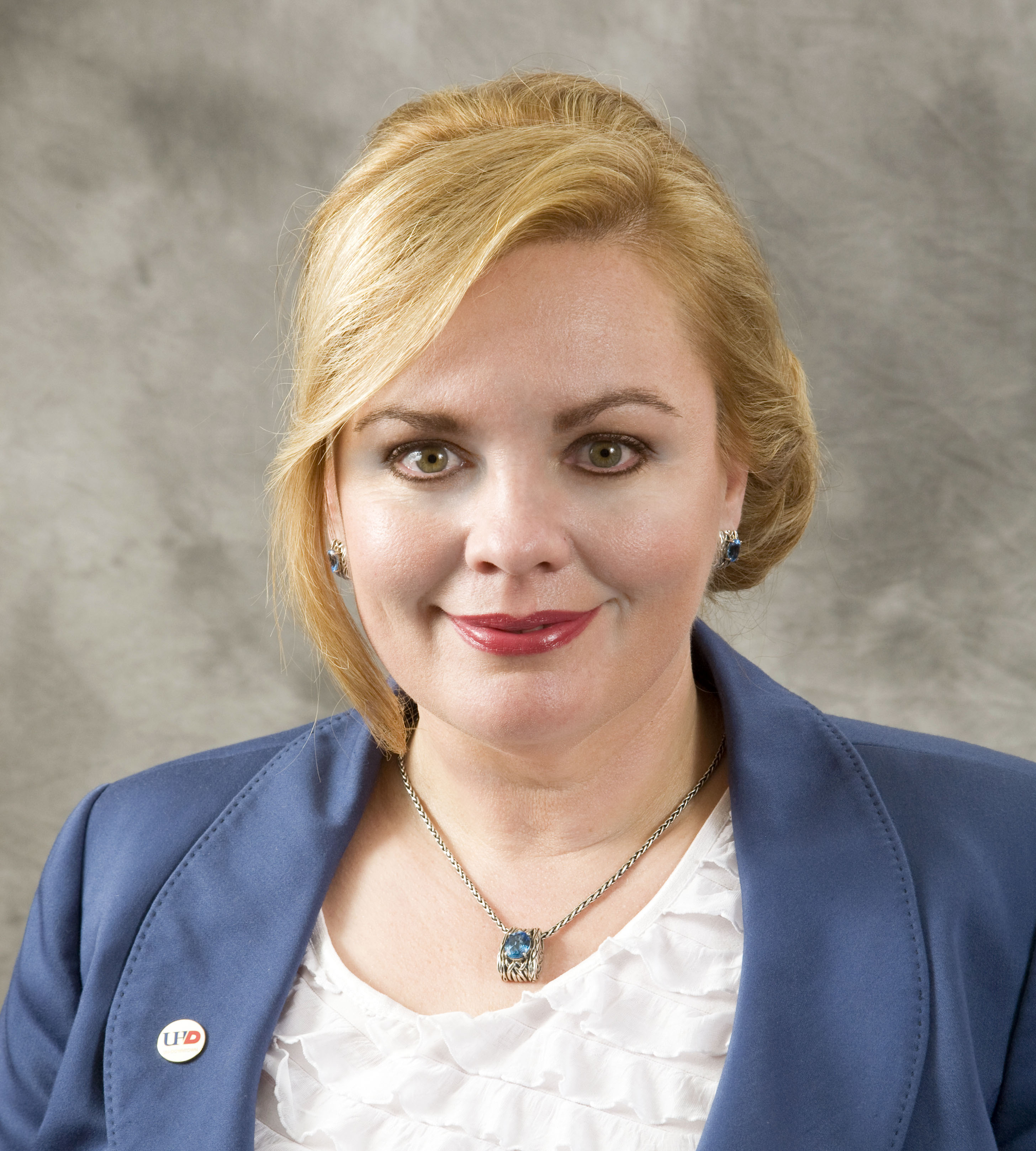 Noël Bezette-Flores, Ph.D., noted community leader and assistant dean of UHD's College of Public Service, recently was named by Mayor Annise D. Parker to the board of directors of Houston Media Source (HMS).

At a recent city council meeting, Mayor Annise D. Parker introduced the new board members, which also include Ray Hill, writer and actor; Mark Madrid, senior director of business development at the Houston Hispanic Chamber of Commerce; and Manisha Mehta, correspondent and anchor with TV Asia.

As a board member of HMS, she will provide administrative direction and oversight for the non-profit, which provides public-access, cable television programming to Houston. In addition to equipping citizens with training on media literacy, camera operation, script writing and studio procedures, the organization also grants Houstonians access to a full complement of production resources, including cameras and other equipment, lighting, and studio and editing suites.

Dr. Bezette-Flores' commitment to community service is well established in the Houston area, which led to her appointment to the HMS board. She serves as co-chair of Houston's Citizenship Week, currently in its fifth year, which celebrates the city's great diversity and opportunity for people of all nationalities, faiths and cultures. The event also highlights the integration of culture with civic duty and promotes the rights and responsibilities of good citizenship. Working with the mayor and Houston's Office of International Communities, formerly known as the Office of Immigrant and Refugee Affairs, she was instrumental in spearheading the event in 2009 and annually coordinates hundreds of local events held during the week-long celebration each November.

She also serves on the advisory committee for the city's Office of International Communities, and consults regularly with its director, Terence O'Neill, as well as Mayor Parker on issues of importance to Houston immigrants and refugees. In this role, she helps to facilitate focus groups with international assemblies in the community and gathers their insight on how the city can best meet these citizens' needs.

Dr. Bezette-Flores also serves as a METRO Academy Community Partner and on the education committee for the "Open the Doors" exhibit, hosted by the Texan French Alliance for the Arts.

"Serving the community is vitally important to me, as I believe that Houston's strength comes from its widely diverse and international citizenry," said Dr. Bezette-Flores. "It is a joy for me to help bridge community resources with varied cultural groups in the city and inform Mayor Parker and other leaders of citizens' needs so we can work to meet them. As a professor, I also believe that my involvement in community relations serves to better educate my students about their own community, as well as people from all corners of the world."