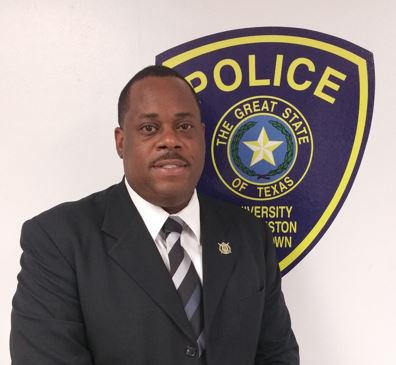 Law enforcement veteran Michael Anthony Benford has been selected as the University of Houston-Downtown's (UHD) next chief of police. Benford will be officially sworn in at 9 a.m., Dec. 16 in UHD's Milam/Travis Room in the Girard Street Building. Faculty, staff, students and community members are invited to this event.