The College of Public Service invites faculty, staff and students to panel discussions on voter outreach, civic engagement and community mobilization at the Baker-Ripley Neighborhood Center. The event will feature human rights activist Dolores Huerta and will take place on Friday, April 22, from 5-8 p.m. and Saturday, April 23, from 9 a.m. to 3 p.m.

Huerta is an American labor leader and civil rights activist who was the co-founder of the National Farmworkers Association, which later became the United Farm Workers (UFW). She has received numerous awards including the Eugene V. Debs Foundation Outstanding American Award, the United States Presidential Eleanor Roosevelt Award for Human Rights and the Presidential Medal of Freedom.

The UHD College of Public Service is a supporting contributor for this event. There is free and open to the public. 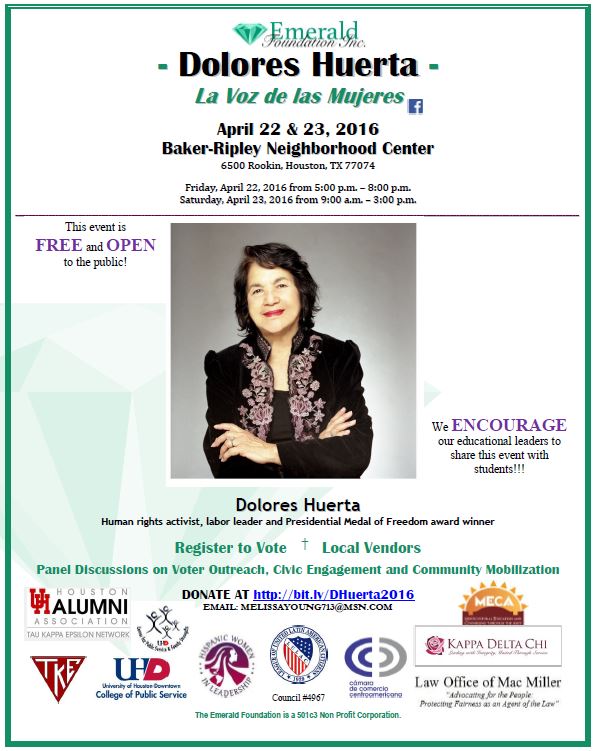