Class of 2020 Shines in Spotlight at Virtual Celebration 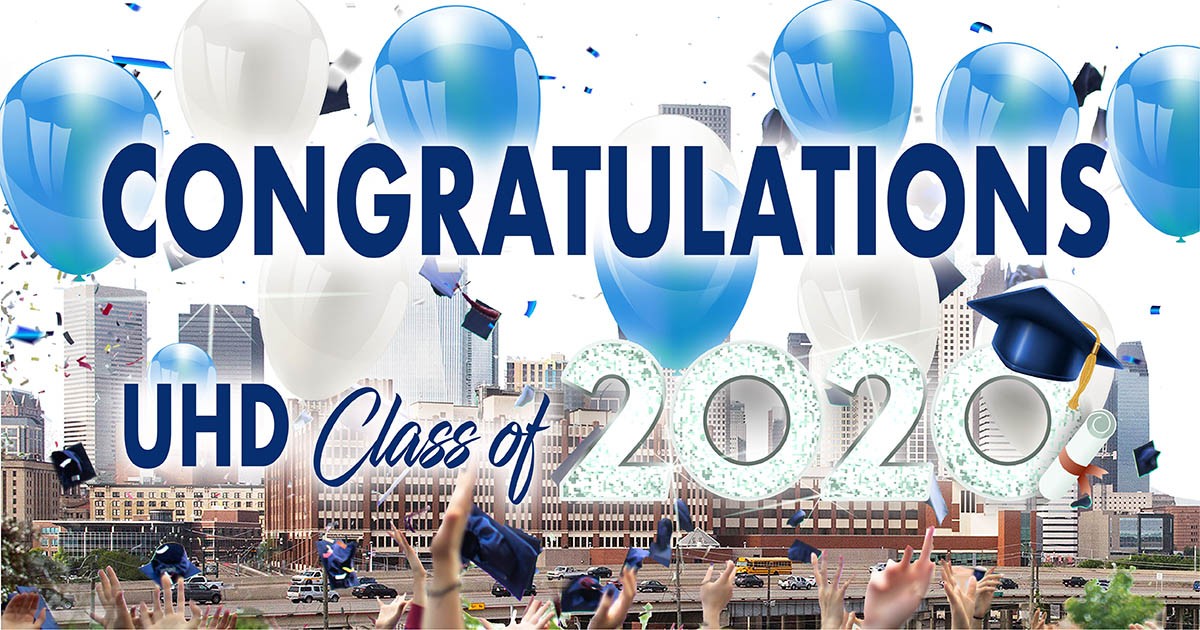 Celebrating the Class of 2020

It was a night when many of Houston stars came out for a special occasion — the celebration of the University of Houston-Downtown’s Class of 2020.

The accomplishments of more than 1,300 Gator Graduates were honored during the University’s first-ever Virtual Graduation Celebration on June 11, which was hosted by Isiah Carey of FOX26 and FOXSoul. The event was live streamed on UHD’s Facebook page. The celebration may also be viewed here. A separate event specifically for this year's spring graduates is being scheduled for December.

At the onset of the festivities, Erika Harrison, UHD’s Diversity Officer, offered words to honor Houstonian George Floyd, who had been laid to rest earlier in the week after being killed in an act of violence.

University of Houston System Chancellor, Dr. Renu Khator shared some words of encouragement with the graduates the beginning of the broadcast, along with UHD President, Dr. Juan Sánchez Muñoz.

Chancellor Khator added, “You have so much to offer our city, our state and this country,” she said. “We need your skills and your leadership.”

A special video tribute to the graduates, produced by the Harris County Houston Sports Authority, included well wishes from the followed featured guests:

“Your hard work has not gone unnoticed,” Reid told the graduates. “This is just the beginning of a beautiful journey.”

Additional messages were delivered by the following local dignitaries:

“You have certainly been faced with your share of challenges,” Davies said. “You have faced those challenges head-on during the COVID-19 pandemic. Employers will be looking for people who have embraced those challenges with that kind of ambition and who are kind. The world needs people like you. Make sure you greet them with a firm handshake and a smile.”

The event also featured a toast to the Class of 2020 led by Dr. Eric Carl Link, Senior Vice President for Academic and Student Affairs & Provost​.

Graduates also receive prizes, courtesy of Herff Jones, and their names were displayed near the conclusion of the event. The lucky winners were:

“I’d like to express my utmost admiration for all of the graduates,” said Carey as the event drew to a close. “I am honored to have had an opportunity to celebrate your graduation with you and congratulate you on your accomplishments.”

Class of 2020 Shines in Spotlight at Virtual Celebration