Attendees were treated to a cultural dance by the Sadurushki Russian Performers and inspirational readings from student winners of the Young Adult Literacy Awards - sponsored and organized by Leigh Van Horn, Ph.D. and UHD, Harmony Schools, and Shirin Herman and HISD - as well as performances by the United Nations International Choir and premier youth chamber orchestra, Virtuosi of Houston. UHD student Annika Chambers also sang America the Beautiful as part of the celebration.

The event featured the work of esteemed Houston artists in "The Becoming: An Art Exhibit by Many Hands," which is on display in the City Hall tunnel throughout the month of November. The celebration also highlighted Ebru water-marbling art created by homeless children and their families at the House of Tiny Treasures Fall Festival, cosponsored by UHD's Center for Public Service & Family Strengths and the Raindrop Turkish House. Houstonians can view this art display on the fourth floor of the Houston Public Library's downtown location in November. 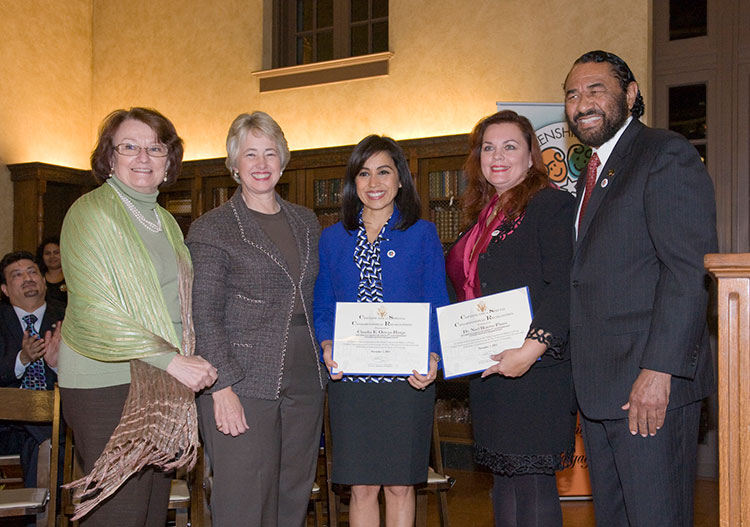 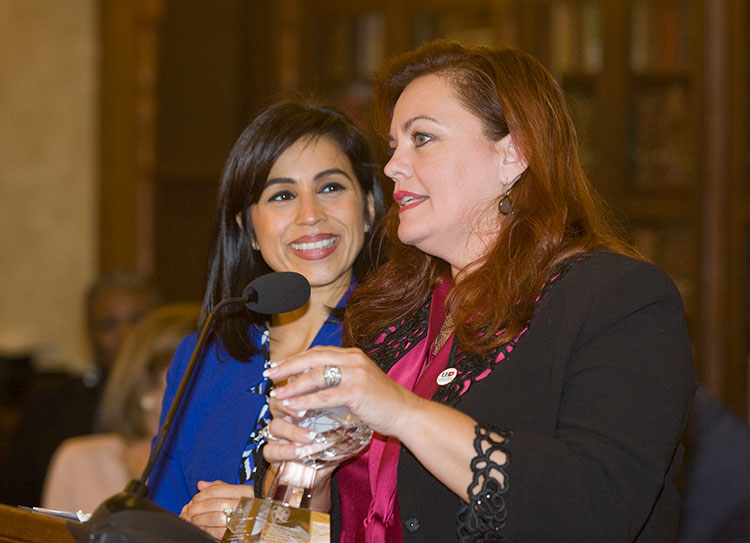 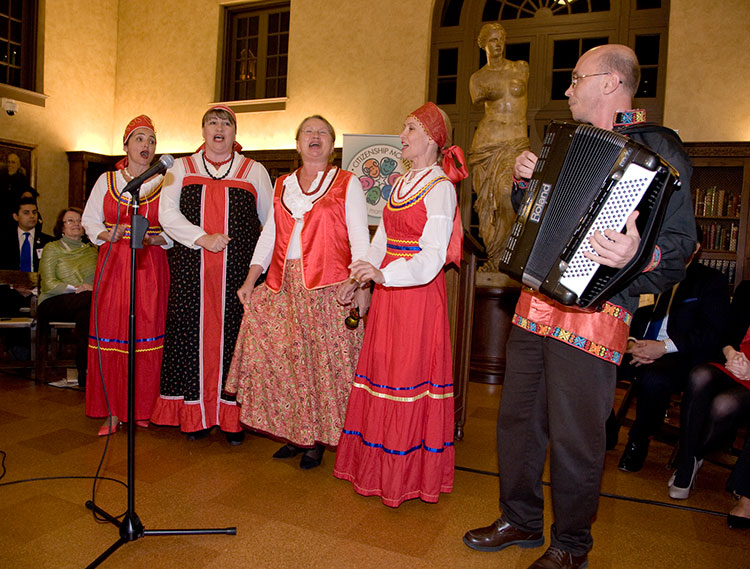