Citizenship Month is a series of exciting community-driven events and programs designed to raise awareness of the rights and responsibilities of being contributing members of our city by celebrating the many faces of Houston. 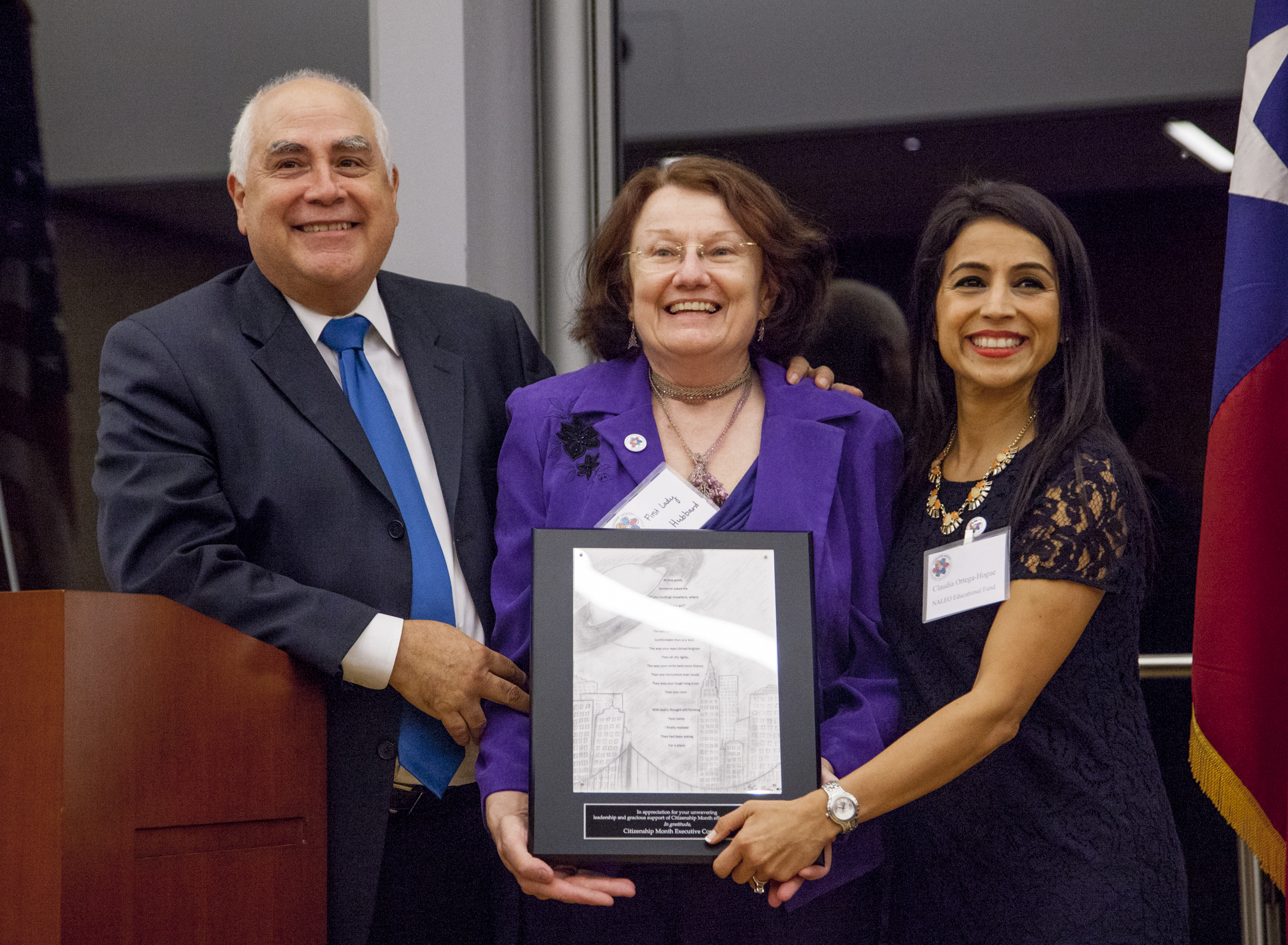 This effort brings to life the events and programs that encourage and enhance citizenship and civic engagement by building bridges of understanding, cooperation and awareness of Houston's unique multicultural nature and international business climate.

These events and programs are initiated by and give voice to our rich tapestry of individuals and cultural, grassroots, community, educational, business, consular and faith-based organizations.

Marking seven years of community engagement, more than 300 Houstonians gathered Nov. 5 for a celebration of culture at the opening event of Citizenship Month 2015 at the Asia Society Texas Center.

Guests were treated to a musical performance by Virtuosi of Houston while they enjoyed hors d'oeuvres and the "Yeesookyung: Contemporary Korean Sculpture" and "Drawn From Nature" displays before the program.

"In many respects, this group is almost like a family," Flores explained in his welcome. "Houston, back when this began in 2009, was a city going through upheaval. There were hurricanes; there were many refugees coming into the city. The idea of Citizenship Month was to bring people together, to build bridges, to celebrate the diversity that is Houston."

Seven years later, Flores said, "Houston is the most diverse city in America. In working together, we are making this a city of opportunity, a city that America can look to and say, 'We got it right.' That's what Citizenship Month is about. It's an opportunity for us to give back, to help in making our neighborhoods better, planting trees, cleaning the bayou, celebrating the arts, learning from each other."

Leigh Van Horn, Ph.D., interim dean of the College of Public Service, presented Youth Literacy Awards to local elementary school students from Houston ISD, Harmony Public Schools and the Baker-Ripley Neighborhood Center who participated in the city's Citizenship Month Writing Project with Schools. As a part of this literacy project, these young students were encouraged to write their own poetry reflecting where they came from, who they are and how they contribute to the citizenry of Houston.

Robin Davidson, Ph.D., UHD professor of English and city of Houston poet laureate, performed a selection of poems. Mark Cervenka, associate professor of art and director of UHD's O'Kane Gallery, and Karine Parker-Lemoyne, executive director of the Texan-French Alliance for the Arts, introduced the Citizenship Month Community Art Project, in which participants created origami butterflies inscribed with messages of hope.

Citizenship Month was co-founded by Dr. Noël Bezette-Flores, UHD first lady, along with a number of community leaders as Houston Citizenship Week under the leadership of Mayor Bill White. Today Hubbard serves as honorary co-chair of Citizenship Month, which takes place in November and also includes events in September and October. The citywide celebration has grown from one event at the Houston Public Library downtown — a kickoff for the installation of its World Language Center and International Art Exhibit — to more than 300 events.