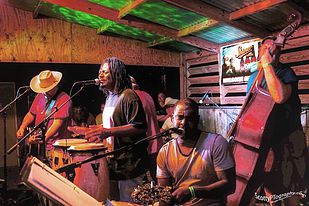 Fans of country, blues, Americana, soul, gospel and other genres might want to put Thursday, June 8 on their calendars.

Chubby Knuckle Choir is coming to town, bringing its eclectic mix of musical stylings to the University of Houston-Downtown's Thursday Night Concert Series at Discovery Green.

The band hails from Bastrop, Texas, where various members met during open-mic jam sessions. Once they discovered their musical chemistry, Choir members began to perform more frequently. A band member initially suggested Chubby Knucklehead Choir as a name for the combo, but it was quickly shortened to its current moniker—to fit more easily on a marquee or T-shirt.

Skyline caught up with Womack, who was no stranger to the music industry prior to Chubby Knuckle Choir. A native of Brownwood, Texas, Womack began performing with his brothers, Drew and Tim (both successful songwriters and musicians), when they were teenagers. He also performed with other bands and as a solo artist before focusing his energies on Chubby Knuckle Choir.

The group just wrapped a tour of west Texas and according to Womack, members are ready to return to Houston. During the Skyline interview, he discussed the band's affinity for the Bayou City, what audiences should expect on Thursday and his musical influences among other topics. 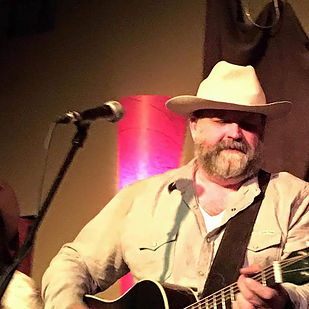 Tres Womack: We make multi-genre, original music. The band has five lead singers, who also serve as songwriters. Lots of instruments with a lot of percussion, including African drums and congas. We also utilize a lot of harmonies. If you haven't seen us before, it will be an interesting ride.

Skyline: You recently ventured to Marfa and Marathon, Texas. Now, you're heading to Houston. Although these cities are in the same state, you've covered many miles. What's it like touring and sharing music?

Womack: We have a van and a trailer. We play in a variety of settings from night clubs to festivals, including the Kerrville Folk Festival. There's nothing else like Chubby Knuckle Choir out there.

Skyline: Who were some of the artists you listened to while growing up?

Womack: I grew up in a very musical family. There was always an LP on the turntable at our house. I was influenced by a lot of people my parents listened to—Simon and Garfunkel and Carly Simon. I got into Earth, Wind & Fire at a young age and was into James Taylor too. I eventually started going to concerts by Texas singer-songwriters. When I was in my late teens, I saw Steve Earle and Townes Van Zandt. I hadn't started writing songs yet, but I thought it was cool that these guys were performing their own music.

Skyline: What is the one piece of advice you would offer someone trying get into the music business?

Womack: I would tell them to "stay in line." Musicians don't have the chance to get to cut their way to the front of the line very often. Keep your place, and keep doing what you're doing until you get your breaks. We've all heard the term "overnight success," and sometimes, that even applies to people who have been performing for 10 or 15 years. People will eventually notice you if you work hard enough.

Skyline: You return to Houston this week. How well is Chubby Knuckle Choir received in this city?

Womack: Houston has been very good to us. We've played festivals and places like the Mucky Duck, Dosey Doe in The Woodlands and Main Street in Tomball. It's like a second home to us.