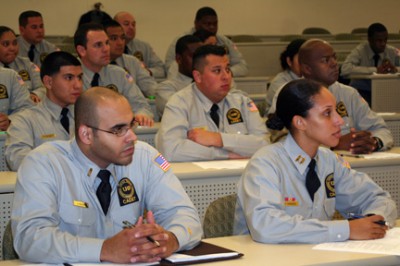 According to UHD Police Officer Raymond Jenkins, the on-campus Police Department received an emergency call from a security guard at the Commerce Street Building to report an older man had fallen and cut open his chin.

By the time UHD officers arrived on the scene, three cadets had successfully managed to secure the scene and administer first aid to the individual.

"The cadets were very professional and seemed like seasoned police officers with the way they controlled the scene," Jenkins said. "They were calm and poised and I was really impressed with the great work they did."