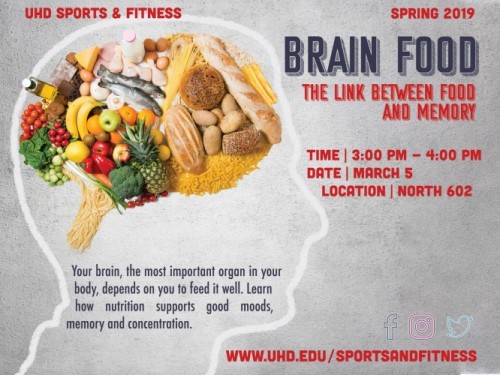 Join UHD Sports & Fitness for Brain Food: The Link Between Food & Memory, 3-4 p.m. on Tuesday, March 5 in the One Main Building, Room N602. The brain is the most important organ in the body and it depends on being feed well. This worshop will teach how nutrition supports good moods, memory and concentration. Learn more at uhd.edu/sportsandfitness.