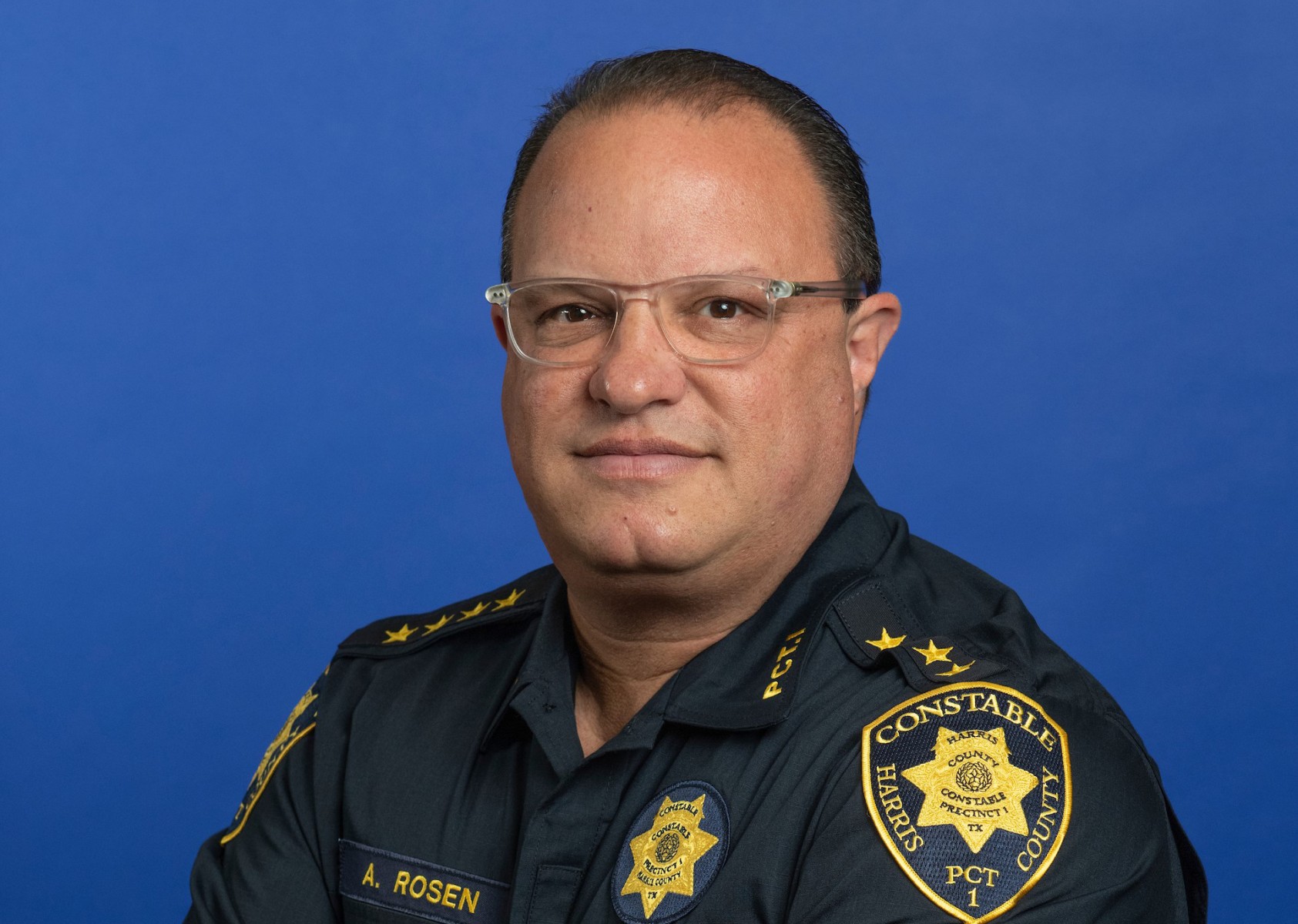 Serving, protecting and building relationships. These are the principles that guide Alan Rosen as Harris County Precinct 1 Constable.

Rosen, a 1995 UHD alumnus, earned his bachelor’s degree in Criminal Justice. He said the quality of education he received and the diversity of the campus community benefitted him greatly.

“I made so many friends from so many walks of life during my four years at UHD,” he said. “It made for great dialogue and different perspectives in and out of the classroom. Those experiences helped guide me to where I am today.”

Rosen was elected as Precinct 1 Constable in 2012 and re-elected in 2016. His area serves a diverse area of more than 800,000 residents with a significant population being predominately African-American and Hispanic. He has spent more than 29 years in local law enforcement, including service in the patrol division and a variety of other areas of the Harris County Sheriff’s Office.

Rosen is proud of his roots, growing up in Southwest Houston and remembering the days in his youth where he and his broad network of friends would stay outside until dusk. He believes in creating an environment where his constituents have a similar feeling of safety and security across Precinct 1, which encompasses a large section of Downtown Houston, North Houston, Midtown, The Heights, River Oaks, Acres Homes, Montrose, Kashmere Gardens, Oak Forest Bellaire and Braeswood.

“Obviously, we are here to give the residents of our precinct peace of mind that we will be responsive to their needs when they call,” said Rosen. “A vital part is connecting with the residents, youth and business owners we serve and establish those lines of communication that are important in that process.”

In his time as constable, Rosen has implemented programs to improve relations with the precinct’s residents by holding several community events during the year, such as Back to School festivals, basketball tournaments, seminars on teen dating violence, human trafficking and active shooter training for places of worship, to name a few.

“We want to make sure our residents know that everyone has a voice and a seat at the table,” Rosen said. “We value their input and what they have to say.”

More importantly, Rosen seeks to bridge the gap between law enforcement and youth by holding Youth Leadership Summit events during the year.

“Sometimes, youth are hesitant or just don’t trust those in law enforcement,” he noted. “This gives us an opportunity to reach out to them on a personal level, dialogue and build relationships. When we’ve been able to reach the hearts and minds of our youth, it is an amazing feeling.”

Benefit of a Business Background

In addition to serving in law enforcement, Rosen put some of the business skills he learned in UHD classes to use as he previously spent several years managing real estate investments, many of which focused on start-up of specialty chemical operations.

“Having a business background was very helpful when managing the budget for the Constable’s Office,” he said. “I was able to make moves in the budget where we would improve technology and provide more resources that our deputies needed to do their jobs, all while saving taxpayer money.”

To that end, Precinct 1 became the first Harris County law enforcement agency to deploy body cameras for deputies. “We were proud that we were able to take the lead in that effort,” Rosen said.

Rosen’s first venture into business was during his teenage years and was child’s play, so to speak. His grandfather was the owner of Playhouse Toys which had 48 stores in the Houston area in the 1970s and early 80s.

“I worked in every part of the stores growing up—from sweeping floors to sales. And yes, I did have a lot of toys,” he said with a laugh.

The Value of Education

Whether Rosen is visiting with local youth or addressing his deputies, he is quick to emphasize that a quality education is the key to success.

“Having a college degree makes you more marketable and enhances the skills that possess,” he said. “It opens your mind and helps you embrace new perspectives. It’s a decision you’ll never regret and you will take pride in it for the rest of your life.”