Professors, staff and students at UHD gathered this week for the 2013 Faculty Awards Ceremony to honor faculty for their excellence in teaching, service and scholarship/creative activity. The event recognized five outstanding professors who have made a significant impact on students, as well as their colleagues and departments.

"UHD professors all teach like expert educators; we all perform service at many levels; and we all do scholarship that informs the scientific community and our teaching. This is who we are. This is our day to celebrate our collective and individual faculty achievements," said Henney.

Jiang presented Brad Hoge, associate professor in the Department of Natural Sciences, with the 2013 Excellence in Teaching award. Jiang shared that Hoge is involved in numerous teaching activities both in and outside of the classroom and that he has made significant contributions to the biological and geological departments.

One of his students remarked, "The most valuable lesson I learned from Dr. Hoge is learning to defend my research. I credit so much to my mentor, Dr. Hoge." In accepting the award, Hoge said, "I get to see students' faces light up at the interplay of science and society and the impact of science on their lives. The Department of Natural Sciences is so supportive of high-impact teaching practices and I won this award for them."

Andrew Pavelich, associate professor of philosophy, was named finalist for this award.

Van Horn presented Poonam Gulati, associate professor of biology, with the 2013 Excellence in Service award. Gulati serves as a faculty mentor for Scholars Academy and is the current secretary - and past president - of the American Society for Microbiology. On accepting the award, Gulati said, "My students are the reason I come to work each day. If I can play a small role in helping them achieve their dreams, then I am very lucky. This is something that I truly love to do.

John Hudson, assistant professor of English and coach of the UHD powerlifting team, was named finalist for the Excellence in Teaching award.

Rahul Verma presented Robin Davidson, associate professor of English, with the 2013 Excellence in Scholarly/Creative Activity award. Davidson, a prolific poet and literary translator, has written four books of poetry and received the 2012 Richard Snyder Publication Prize. In describing her role, Davidson commented, "What a joy to witness how deeply the literary arts impact my students' lives and the communities in which they participate!"

Chu Nguyen, assistant professor of economics, was named finalist for this award.

Branden Kuzmick, lecturer in University College, received this year's Outstanding Lecturer award. Kuzmick, who has taught at UHD for 24 years, said, "UHD has given me a major opportunity to grow. Our professors promote student engagement and success. My students inspire me each and every day."

Roberto Trevino, lecturer in the Department of Finance, Accounting and Computer Information Systems, was named finalist for this award.

Nancy Lopez, adjunct professor in the department of Social Sciences, received this year's award for Outstanding Adjunct. She has taught at UHD for 10 years and her students and colleagues laud her "energetic teaching style that makes students want to know more." Upon accepting the award, Lopez thanked the University for acknowledging adjunct professors and supporting their success.

Montse Feu-Lopez, adjunct professor in the Department of Arts and Humanities, was named finalist for this award. 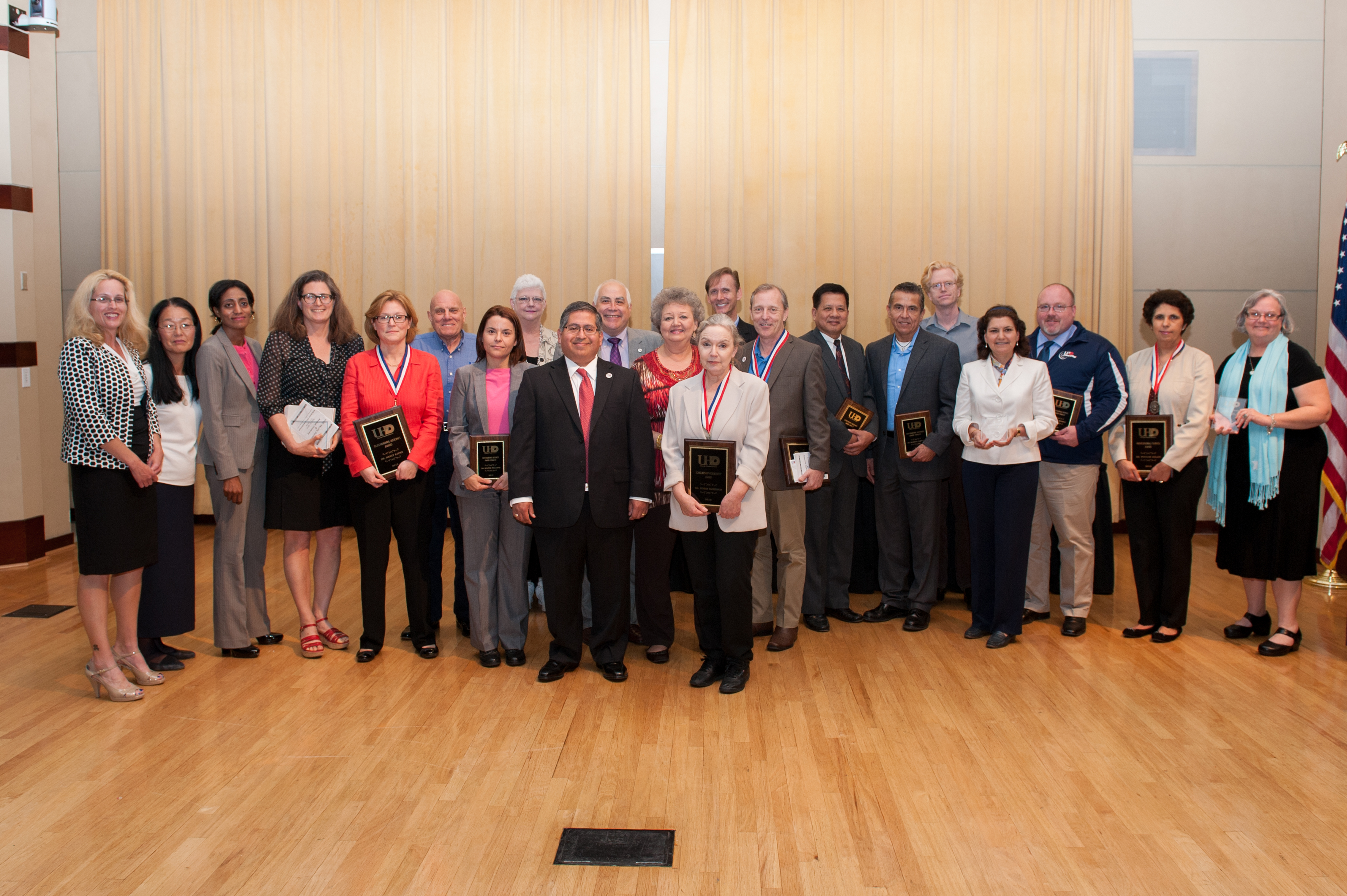