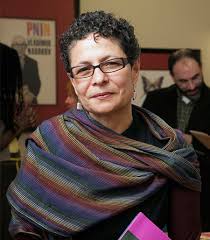 UHD's Cultural Enrichment Center, in conjunction with the Center for Latino Studies and the Department of English, is hosting Helena María Viramontes, professor and director of creative writing at Cornell University, beginning at 6p.m., Thursday, March 29, in the Welcome Center's Tour Room. Viramontes will be giving a public reading and signing copies of her work. Viramontes is a major figure in American and Mexican American Literature, and played a significant role in the evolution of Chicana feminism from the 1980s forward.

Her most recent novel, "Their Dogs Came With Them" (2007), focuses on the dispossessed, the working poor, the homeless, and the undocumented of East Los Angeles, where Viramontes was born and raised. The influential author also penned "The Moths and Other Stories" (1985) and "Under the Feet of Jesus" (1995). In addition to teaching and writing, she also served as co-coordinator of the Los Angeles Latino Writers Association and literary editor of "XhistmeArte Magazine" since the 1980s. Viramontes also collaborated to organize three major conferences at the University of California, Irvine which resulted in two anthologies: "Chicana Creativity and Criticism: Charting New Frontiers in American Literature" (1988) and "Chicana Writes: On Word and Film" (1993).

"Helena Maria Viramontes is such an integral part of Chicanx history and the Chicanx Literary canon. It's hard for me to articulate how grateful I am that she's coming here. I think it's an incredible privilege for her to be here with us," said Daniel Peña, UHD assistant professor of English and Cornell alum. "She is a celebrated scholar and writer at Cornell University, and my former advisor, but also a giant in American letters read throughout the world in virtually every language. On a personal level, I'm absolutely thrilled for her to meet our students, but I'm also thrilled for her to share her words of wisdom about what our literature means and how it contributes to the American literary canon."