Houston's popular, alternative weekly newspaper the Houston Press (HP) has recently awarded one of UHD's faculty with a cool and unusual award.

Switzer used the website to fund a multimedia puppet work, "Cthulhu: A Puppet Play," which she wrote based on the work of the 20th century horror author H.P. Lovecraft.

"Lovecraft was a master at horror and science fiction," Switzer said. "During this process, we've discovered that he has somewhat of a cult following - which is pretty cool."

Switzer wrote the play with her husband Mike, who founded The Ornery Theatre and serves as the artistic director for "Cthulhu." The Switzers received an "emerging artists" grant from the Houston Arts Alliance which helped them realize their creative vision.

While the play involves puppets, a medium Switzer has long been interested in considering her background, she says they're not puppets in the traditional "Sesame Street" kind of way.

"These puppets take several hours to make," she said. "I sculpt and paint all of them myself."

According to the HP, "Houston had some great Kickstarter campaigns over the past year, but none can really compare to what Kelly Switzer and Ornery Theatre wanted to accomplish. They sought $1,000 to bring H.P. Lovecraft's bizarre Cthulhu Mythos to life with handmade puppets, dancers and original music using the word "Cthulhu" in Morse code as a thematic melody. They brought in more than double that, and the result was a one-of-a-kind performance at 14 Pews in February. One lucky donor of $500 even walked away with a puppet from the production. Lovecraft is murderously difficult to bring to life on stage and screen, but thanks to Kickstarter, Switzer nailed it." 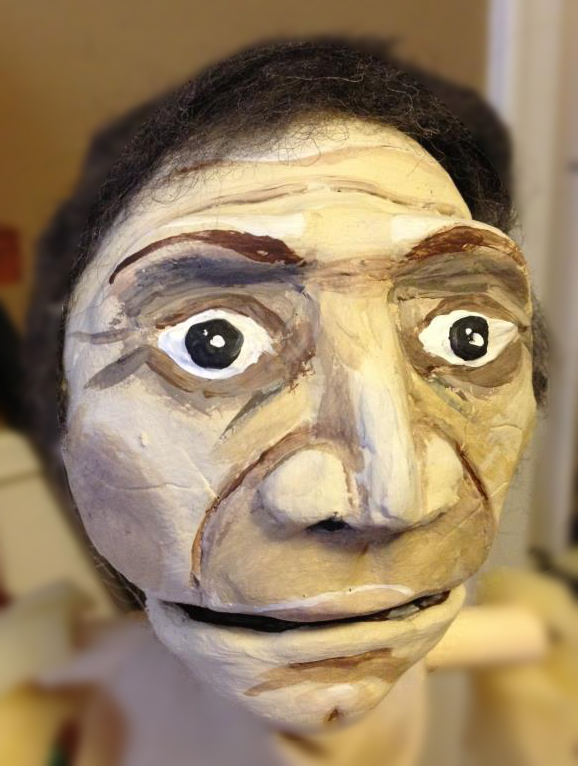