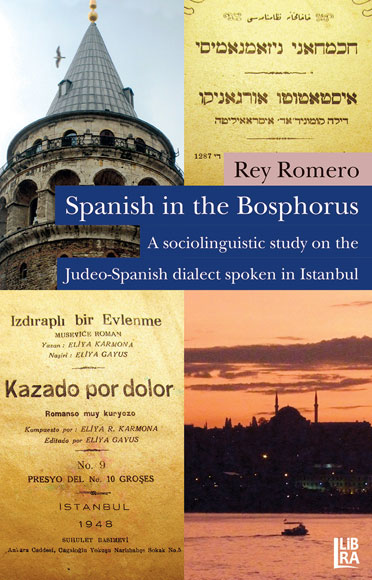 Assistant professor of arts and humanities Rey Romero is set to release a new book, "Spanish in the Bosphorus: A sociolinguistic study on the Judeo-Spanish dialect spoken in Istanbul," through Libra: Istanbul.

In 1492, the Spanish monarchs expelled tens of thousands of Sephardic Jews from the Iberian Peninsula and other territories. Most Sephardim headed eastward and settled in Ottoman lands, where their language, known as Judeo-Spanish, survived and thrived for centuries. This book is the result of fieldwork in the Jewish community of Istanbul. It provides a historical and modern sociolinguistic account of the survival of the Judeo-Spanish dialect after centuries of fragmentation, French bilingualism, "Turkish only" language policies, emigration and globalization. This work analyzes social patterns on the acquisition and use of Judeo-Spanish in the community as well as linguistic change throughout different generations of Istanbulite Sephardim. Focusing on several grammatical features, these data demonstrate that bilingualism with Turkish and reduced linguistic spaces promote language change.

In a world where linguistic diversity is rapidly shrinking, the survival and future of Judeo-Spanish is a testament to the close bond between language, culture, community, and identity.

For more information on the book, contact Romero at romerore@uhd.edu.