In addition to three invitations to the White House, acting as CEO of the state's largest non-profit organization, and delivering a speech at the TEDxHouston conference, Angela Blanchard can now add "University of Houston-Downtown Social Work Person of the Year" to her list of accolades.

The University of Houston-Downtown Bachelor of Social Work (BSW) program hosted its fourth annual Social Work Person of the Year reception Tuesday. The ceremony opened with remarks from University president William Flores, who underscored the important work done by BSW students and alumni. "UHD is committed to community service, and our BSW students embody our mission to engage with and support Houston's vulnerable and needy," he said.

Flores congratulated Blanchard for winning the student-nominated award. Blanchard is the president and CEO of Neighborhood Centers Inc., an organization dedicated to strengthening underserved neighborhoods by utilizing their existing strengths. She has traveled nationwide to share her knowledge of community revitalization and its impact on metropolitan areas, in an effort to help government agencies and nonprofits to adopt Neighborhood Centers' successful transformational model.

In celebration of the University's 40th anniversary, UHD BSW also honored Mike Malkemes ('97), executive director of Generation One, with its Distinguished Alumnus of the Year Award. Malkemes founded Generation One in 2007 as a ministry program that uses education, employment and volunteers to develop hope and change within communities. The nonprofit operates a private Christian school, a screen printing shop, and an embroidery business. 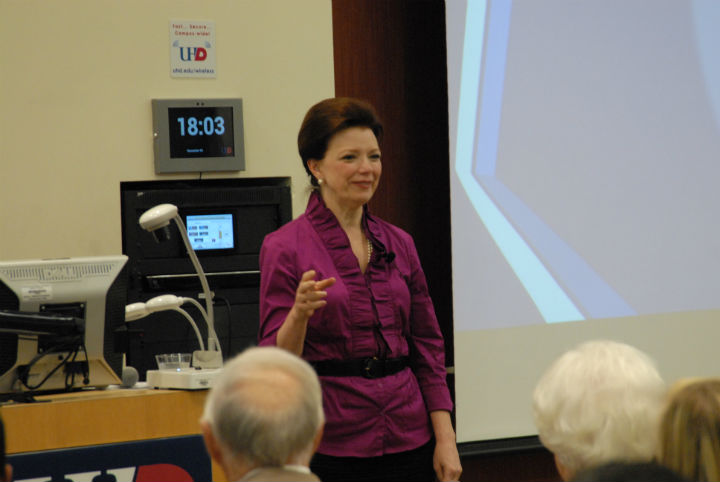