Aneeka Khan Is Breaking Barriers as a Minority Female in STEM 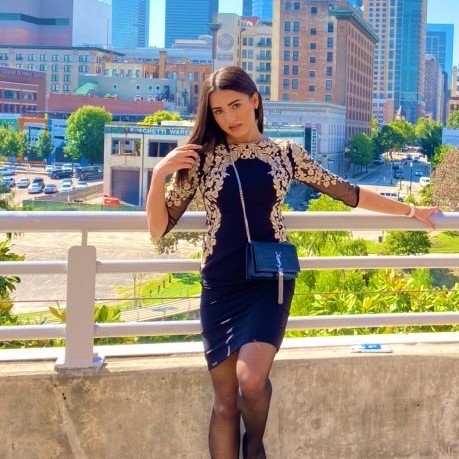 Aneeka Khan is breaking the mold. She’s the first member in her family to attend a university in the United States. She’s multilingual. She’s also a woman in the Science, Technology, Engineering and Mathematics (STEM) field. By all accounts, she’s a rare gem. For Khan, though, she’s just doing what she loves, and her path to success was forged at an early age.

Raised in 21st century Pakistan, a country mired in religious rule as well as war, Khan could have easily been subjected to an upbringing that deterred her from realizing her full potential. Khan describes her native country saying, “Females are not the providers, and they need to be in the submissive role where someone takes care of them. They'll cook and clean, but the husband makes the money.”

It was a role her family didn’t envision for her. Khan’s parents, a dentist and a doctor, didn’t want to raise their children in the conditions of Pakistan, so they started looking at other locations where their family - especially their daughters - could thrive. With the idea of creating a better future, the Khan Family moved to the United States.

“They didn't want to raise a child where women don't have the same opportunities as men do. They don't have the same world view [as their counterparts],” Khan said. “[In Pakistan], women get killed for being educated and standing up for themselves. My parents wanted a different future for me.”

After immigrating to the United States, It didn’t take too long for Khan to recognize her ability stood out amongst her peers, starting in seventh grade. “I noticed I excelled in education. I was ahead in sciences and math and social studies. I saw this as an opportunity to make something of myself,” she said.

By the time she progressed to her junior year at Elkins High School, she was taking advanced placement classes and took an active interest in the natural sciences. She got involved with the Texas Workforce Commission STEM Research and Career Training program, where she researched antibiotic resistance in soil microbes. A curiosity in the natural sciences remained with her all the way through her search for a university education. It was upon the recommendation of one of her mentors that she started looking at University of Houston-Downtown as a place to further her studies.

It would also be a place where she could fit in among her classmates. UHD is a national recipient of the 2019 Higher Education Excellence in Diversity Award from INSIGHT into Diversity magazine. The University is among 92 honorees from across the United States recognized for its outstanding commitment to diversity and inclusion and academic success rates. Also, the University will celebrate students like Khan on Nov. 6 - 8 for National STEM Week, an unofficial holiday that celebrates STEM education throughout the United States.

“My professors know me on a first name basis, and I really like that. I have a personal relationship with my professors and other organizers in the college. I see UHD as the perfect university to take advantage of all the opportunities presented to students,” she said. “Based on my experience, a UHD degree can take students to high places.”

Through UHD, Khan has taken a particular interest in health. She is a part of the UHD Scholars Academy, an academically, competitive program in the College of Science and Technology that promotes scholarship and student success for UHD undergraduates majoring in STEM. Its aim is to increase the number of students graduating with degrees in STEM as well as the number of students pursuing graduate and professional degrees. Her hope is to enter dental school.

UHD affords Khan the chance to flex her skills now by mentoring elementary school-aged children about dental care. Along with a cohort from the UHD-chapter of the American Student Dental Association, she has been heavily involved in the Dream Academy students at HISD’s Foster Elementary School.

“I love it because the students see me as a mentor and role model. One memorable experience was when we hosted a dental hygiene day where we covered the importance of proper teeth clearning techniques and showed that preventative methods are better than getting cavities,” she said. “We brought teeth models and placed clay between the gums and teeth. The students would brush them and see how much clay was removed. Then, they would see residue, and they would floss it out. That highlighted the importance of flossing because if the food particles get in your gums, those pockets can lead to oral problems like bad breath and bacterial plaque, and it leads to further complications. They really loved the fun activities.”

Beyond the classroom experience, she sees another value in the Scholars Academy. Through the program, she has networked with leaders from other STEM programs and internship fairs. There’s also the intangible skills her participation has bestowed her.

“The biggest benefit Scholars Academy offers is the chance to build a network and upgrade my communication skills. My merit got me through the door, but it was my communication that got people to see me for my ability. When I graduate college, I’ll already have skills embedded within myself to talk to dental school recruiters,” she said.

Khan is currently a senior at UHD and is using the upcoming year to study for the dental entrance exam for the next step in her journey.

Khan said, “One of my goals is that whenever I become a doctor of dental surgery, I want to go back home to Pakistan and start a charity to give scholarships to women. It’s an incentive like I have in America [but that isn’t as prevalent in Pakistan]…With this kind of motivation, women can be in positions of power to influence others.”

Aneeka Khan Is Breaking Barriers as a Minority Female in STEM