And Then There Were Two: Turner, King Face Off in Runoff Debate 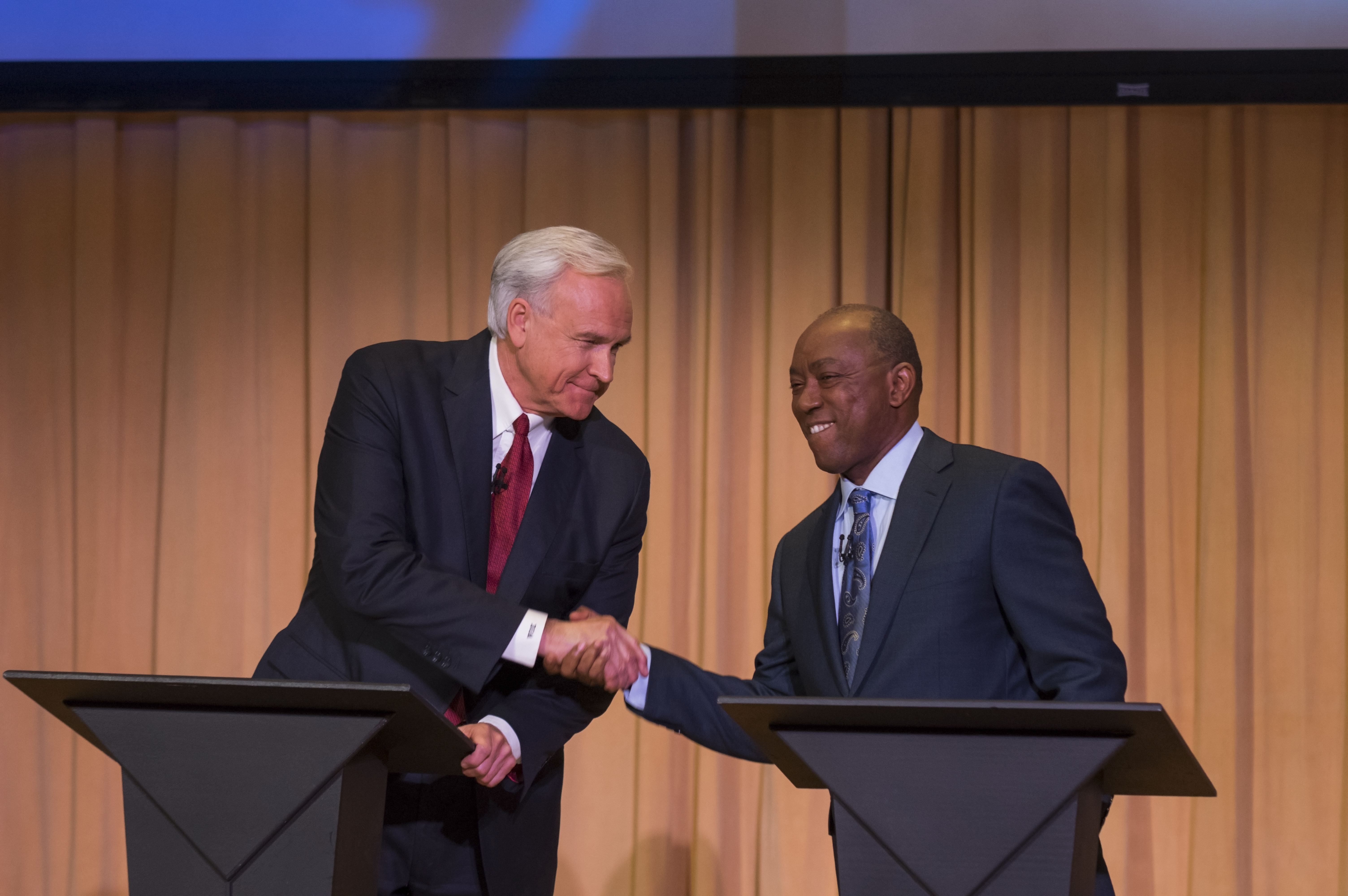 The remaining Houston mayoral candidates, former Mayor of Kemah Bill King and State Representative Sylvester Turner, faced off in front of a packed house on Dec. 2 for the first of three runoff debates. Both are in contention to replace term-limited Mayor Annise Parker.

The one-hour debate was held at the University of Houston-Downtown and broadcast on ABC13, Univision and Mi Familia. News personality Erik Barajas and Rebecca Suarez moderated the exchange asking a series of questions that hit topics ranging from gun control, public safety, and road repairs to Syrian refugees, education and pension reform. The two front runners took their place behind podiums on center stage in preparation for a showdown.

In attendance were members of the Houston community, elected officials, UHD faculty, staff and even students — as youth have very similar concerns and questions about their city as the rest of the community.

UHD History student Francisco Delgado was chosen to speak with the mayoral hopefuls (via video). He asked about higher education.

"Being a Latino male, an HISD grad and a current student at UHD, bilingual education is real important to me, and I feel as though bilingual students are struggling to go into higher education," said Delgado. "What kind of programs will you implement to promote higher education within the ELI community?"

The debate closed with a question about Houston's Astrodome.

"What do we do with the Astrodome," asked Barajas of ABC13.

Turner responded "From a cost benefit analysis, it's kind of difficult to pay for something when you're not getting any use from it, but I'm hopeful that we can come up with something innovative and creative where we can make it cost worthy, and at the same time hold on to our history."

King agreed. The two then laughed and shook hands.

No mayoral candidate received the majority of electoral votes in the Nov. 3 elections, making it mandatory for a runoff debate. Runoff Election Day is Saturday, Dec 12. Early voting runs from Dec. 2 through Dec. 8.

KPRC Channel 2 News will hold the second debate on Friday, Dec. 4. The final debate will be televised on KHOU Channel 11 on Saturday, Dec. 5.

The event was held in conjunction with City of Houston Citizenship Month 2015.

And Then There Were Two: Turner, King Face Off in Runoff Debate